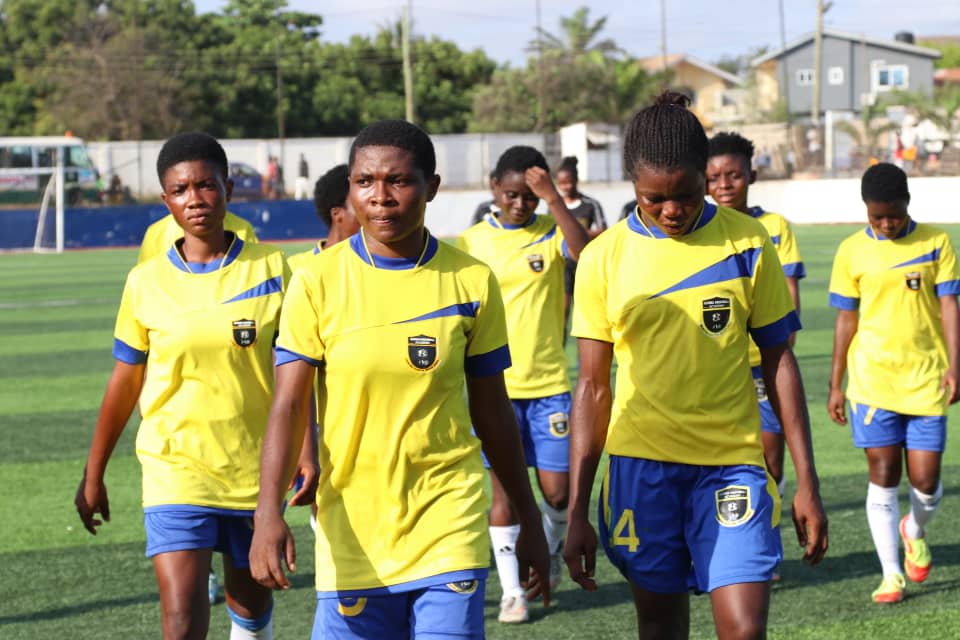 Faith Ladies and Essiam Socrates Ladies will play in next seasons Ghana Women’s League after finishing 1st and 2nd in the Regional Championship playoff for the Southern Zone.

The two teams showed class in the entire play off playing some dilatable football in the two week championship that took place at the McDan Park at La.

Army Ladies and Anlo Ladies got us underway in the first game of the final day and the Army stalwarts didn’t disappoint as they beat their opponents 2-0. The Ladies in green were presented with the first chance in the 32nd minute and Cynthia Okine made no mistake than to slot home for the opener.

Anlo pressed for an equaliser but shot stopper, Rosemary Acheampong denied them on countless occasions.

Elizabeth Adoma scored the second goal for Army Ladies right before the final whistle in the 92nd minute to give them a 2:0 cushioning but it wasn’t enough to secure them a place in next seasons WPL.

Alice scored her second in the 32nd minute to give Faith ladies the lead. Jennifer Kankam, Abigail Ewusibea and Alexander Ama recorded their name on the score sheet before halftime.

The final match of the day was between Valued girls and Essiam Socrates Ladies who were on 9 points each looking for qualification. The game started on an exciting note with both sides clearly demonstrating that they were in no mood to mess up.

The first opportunity came the way of Essiam Socrates Ladies, when Fredericka Kai Addico beat her markers and had goalkeeper of Valued girls, Comfort Amoah at her mercy and shot into the right corner to give her side the lead in the 32nd minute.

This result sees Faith Ladies and Essiam Socrates qualify from the Southern Zone to next season’s Women’s Premier League.