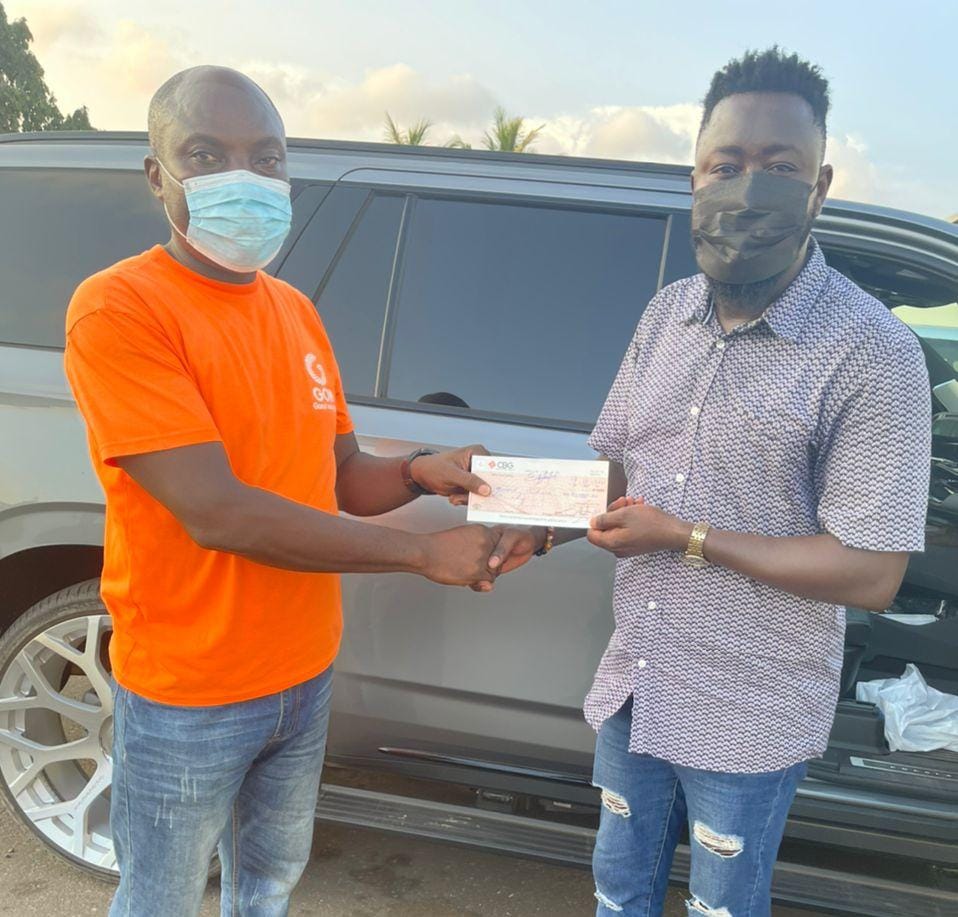 CEO of Happyman Beverages and Charger Ltd donated a cheque of GHS10,000 to the Hearts of Oak team following their hard-fought victory over Moroccan side Wydad Athletic Club in the CAF Champions League at the Accra Sports Stadium on Sunday.

Young striker Isaac Mensah artfully dived to meet an incisive weighted ball from Salifu Ibrahim on the 40th-minute mark in the first leg of the second round of the preliminary stage of the CAF first-tier interclub competition.

It was a game the Phobians larges dominated especially in the second-half but were undone by series of atrocious decisions from Angolan referee Helder Martins Rodrigues De Carvalho and his assistants.

The impressive showing from Samuel Boadu and his charges touched the kind heart of the chief executive officer of Charger Limited – the company that produces Happy Man Bitters and Onaapo Atadwe Ginger, as he donated a cheque worth GHS10,000 to the team.

The cheque was presented to the club through spokesperson Kwame Opare-Addo.

After the match, he spent time with the playing body and technical team as he encouraged them to remain determined to secure qualification to the group stages by grinding the results in the return leg in Casablanca.

Hearts travel to Morocco for the return fixture on the 22nd of October 2021.