We can beat Wydad in Morocco, predicts Hearts of Oak coach Samuel Boadu 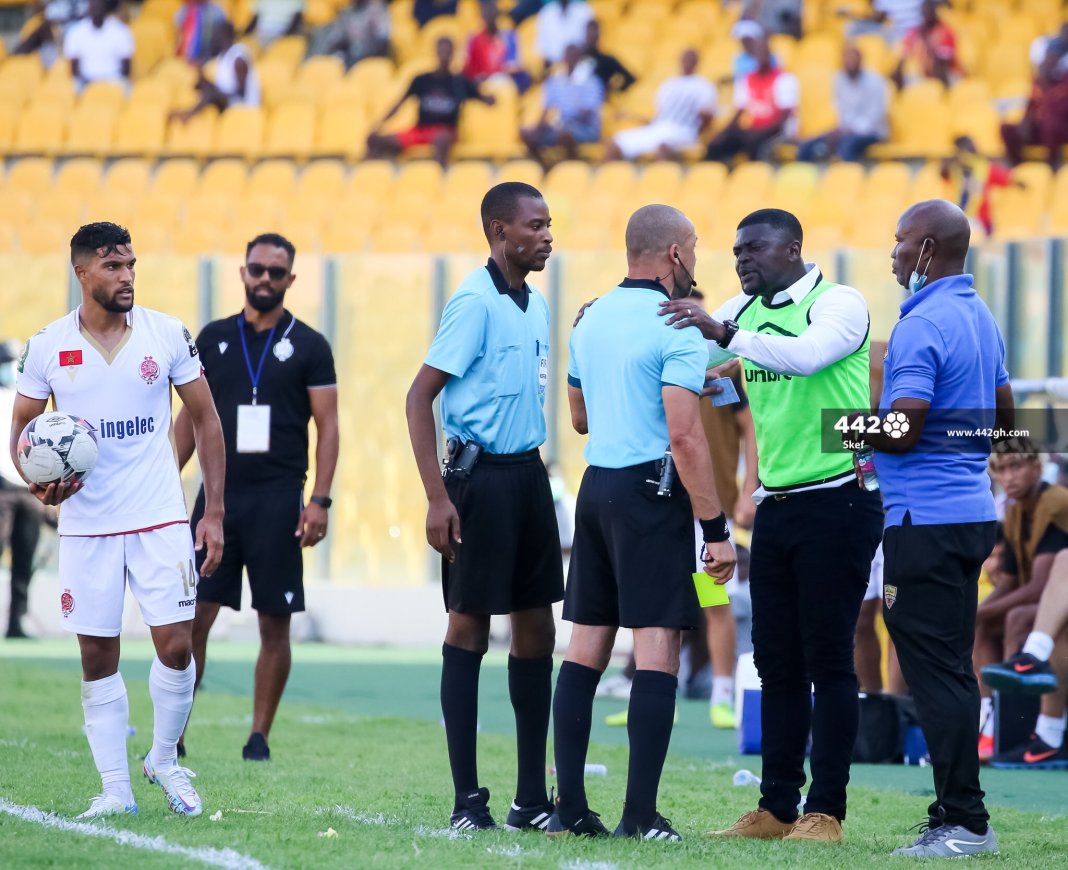 Hearts of Oak coach Samuel Boadu has insisted that his side can do the unthinkable by defeating Wydad Athletic Club in the return leg of the CAF Champions League in Morocco.

The Phobians laboured to snatch a slim 1-0 victory on Sunday over WAC thanks to Isaac Mensah’s goal in the first half of the game.

Although, concerns have been raised about Hearts’ poor conversion rate and game management, Boadu believes Wydad are beatable even at their favorite home grounds.

“It is going to be game management when we go to Morocco. If we get good officiating Hearts of Oak can score over there”, he said at the post-match conference.

“Everybody saw the performance of the referee and if we get good officiating in Morocco, Hearts of Oak will win.”

“Hearts of Oak has good players to compete with WAC of Morocco. We are ok with the one goal we scored. We shouldn’t give up and we are going to qualify over there”, he added.

Hearts eliminated Guinean side CI Kamsar in the preliminary round and would be hoping to make it to the group stage for the first time since 2006.

The Phobians contingent are expected to leave Ghana for Morocco on Thursday for the return fixture.