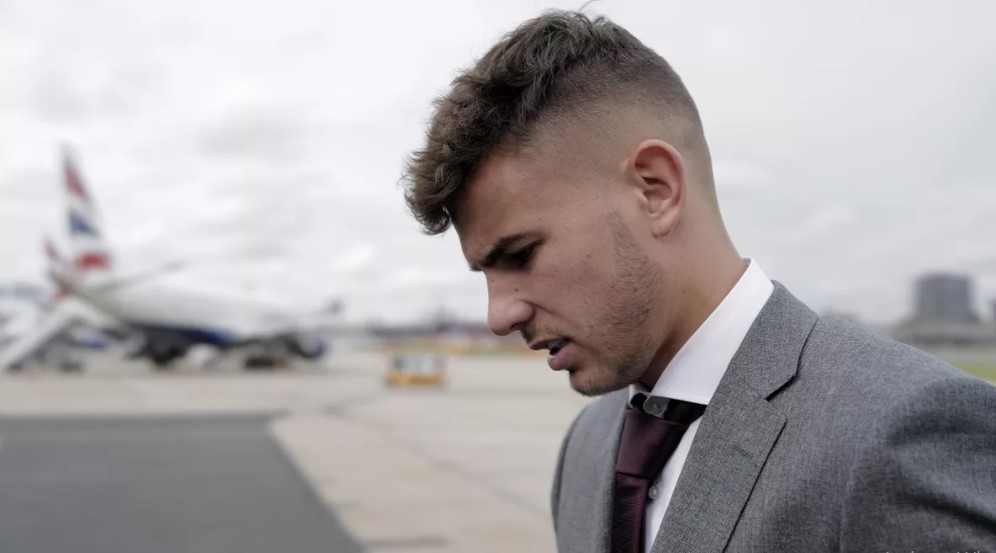 Bayern Munich and France defender Lucas Hernandez has until October 28 to voluntarily enter prison after breaking a restraining order in 2017.

The 25-year-old was sentenced to six months in prison by a Madrid court last week for breaking a restraining order in 2017 against his then-girlfriend and now wife, Amelia de la Osa Lorente. Hernandez had been informed he had to attend a Madrid court by October 19 to fulfil the sentence.

On Monday, Hernandez appeared in a Madrid court and now has nine days to voluntarily begin his six-month term.

An appeal for Hernandez has been filed, and a previous appeal against another suspended sentence for breaking the restraining order, had been denied by a Madrid criminal court.

The statement from the Superior Court of Justice of Madrid read: “Lucas Francoise BH has appeared at 11:30am today, voluntarily, one day before being summoned by the Criminal Court No. 32 of Madrid, to be required to be admitted to prison for a crime of breach of sentence.

“Given that the interested party has collected on October 18, 2021 the requirement to enter a penitentiary, the period of 10 days for voluntary presentation in prison expires at 24:00 on Thursday, October 28.

“At the same time, Section 26 of the Provincial Court of Madrid processes the appeal presented by its legal representation against the warrant of admission to prison.”

In 2017, Hernandez was involved in an altercation with his then-girlfriend in a street in Madrid. She was taken to hospital with minor injuries, and, while neither made a complaint, Spain’s public prosecutor charged them both.

The France international was sentenced to 31 days of community service, and he and his partner were barred from approaching each other or communicating in any way for a period of six months.

In December 2019, he was sentenced to six months in prison for breaking the restraining order.