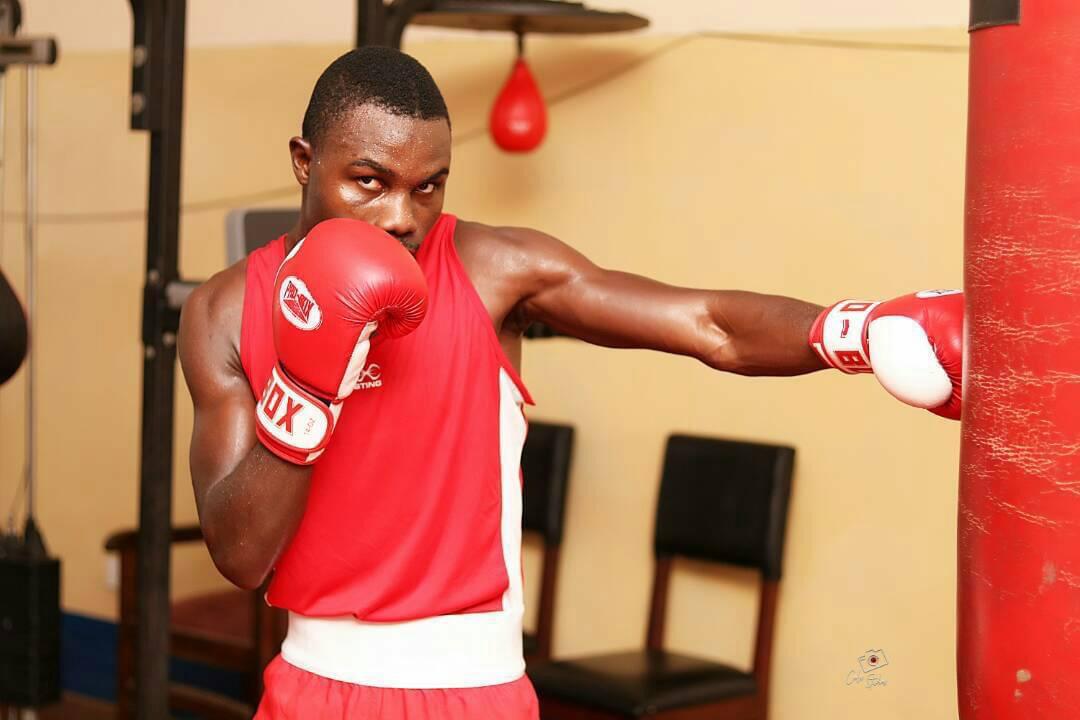 Newly crowned Ghana super welterweight champion, Musah Rahman Lawson is not resting on his oars at all and has jumped straight back into gym work amid a vow to win the ultimate in world boxing within a couple of years.

Lawson stopped Bernard Ayittey Tagoe courtesy a round 2 TKO to annex the national title Sunday night at the Odwira Fight Night show put together by S3 Promotions in conjunction with the celebrations of the traditional festival of the Akropong Akuapem people in Akropong, Eastern Region of Ghana.

It meant the 28 year old with vast experience in the amateur ranks and who represented Ghana’s national boxing team, Black Bombers at several international competitions including the last Commonwealth Games in Gold Coast, Asutralia not only captured the Ghana national title just two years into his pro career, he also improved his still burgeoning pro career to 6 wins from 6 fights, all by way of stoppages.

And it’s with same confidence that the full time Ghana Prisons Service officer believes he is going all the way to the top in world boxing, amid setting career goals without delay.

Lawson has called out the best opponents there are in the super welterweight division, both home and abroad in his quest to rule the sport.

“I’m so delighted to win the first title of my career but to me this is just the beginning of a very long journey to the world stage. I am ready to face everyone in the division and conquer them and be a world champion in the next two years,” he told Sportsinghana.com in the aftermath of the win in Akropong.

“I thank my management for this opportunity and also to my fans for believing in me. Thank you all and I say keep believing and praying for me, I promise you I will win the world title for all of you,” Lawson added.