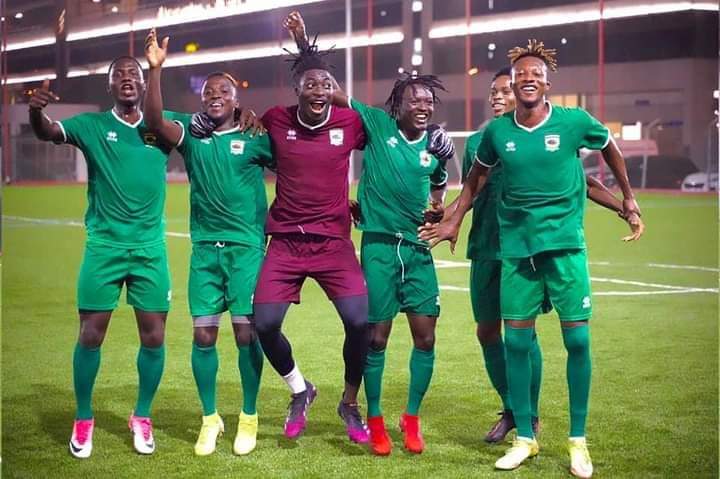 Asante Kotoko shared the spoils 1-1 in their last pre-season game in Dubai against Laliga Academy at the Dubai Sports City on Thursday evening.

After losing to Al Hilal United and drawing 1-1 with Liwa FC, Kotoko came into this game with only one purpose. The Porcupine Warriors were seriously wishing for a win to wrap up their tour to the Gulf region on a higher note but things didn’t go as planned.

Although, midfielder Mudasiru Salifu gave Kotoko a lead through a fine finish in the first half, Laliga Academy pulled even after the break.

The lower division side canceled out Mudasiru’s effort from the spot after they were handed a penalty.

Kotoko goalkeeper Kwame Baah, who was playing his first game in the training tour, brought down a Laliga Academy player and the referee didn’t hesitate to point to the spot.

Baah was sent to turn wrong direction in the resulting kick. Although coach Prosper Ogum Narteh made some changes and pushed his men forward in search of the winner, Laliga Academy defence were resolute at the back and held on to prevent Kotoko from getting an opening.

Kotoko are expected to return to Ghana on Friday and continue with their preparations towards the 2021/22 Ghana Premier League season.

The play their opening game of the season against Dreams FC in an away fixture. It is uncertain where that game will he held since Ghana FA’s club licensing committee has rejected the Theatre of Dreams in Dawu  which happens to be the home venue of Dreams FC.

Kotoko’s first home game will be against Bechem United at the Baba Yara Sports Stadium.