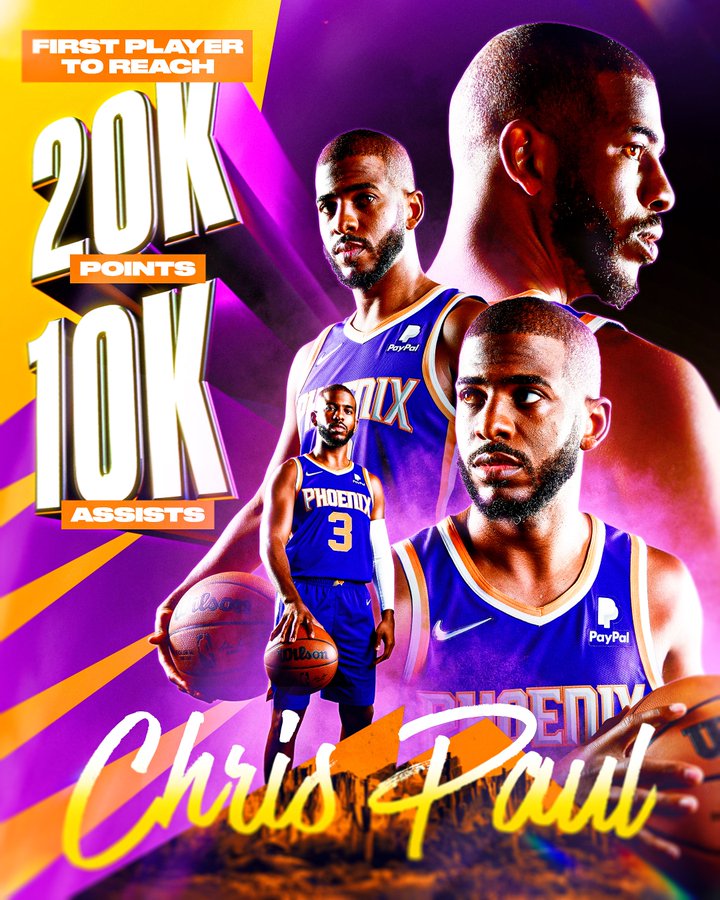 Named one of the greatest 75 players in NBA history earlier this week, Suns guard Chris Paul became the league’s only player to reach an impressive double-milestone on Friday.

With a second-quarter free throw against the Los Angeles Lakers, Paul stood alone among those to reach 20,000 career points and 10,000 assists. The 11-time All-Star ranks fifth all-time in assists and is the 47th player to reach the 20,000-point plateau.

An All-NBA Second Team selection last season, Paul is fresh off a Finals appearance with the Suns, a franchise he helped revitalize after a 10-year playoff drought. The 36-year-old re-signed with Phoenix this offseason for a reported four years and $120 million this offseason, though the latter portion of that contract is reportedly not fully guaranteed.