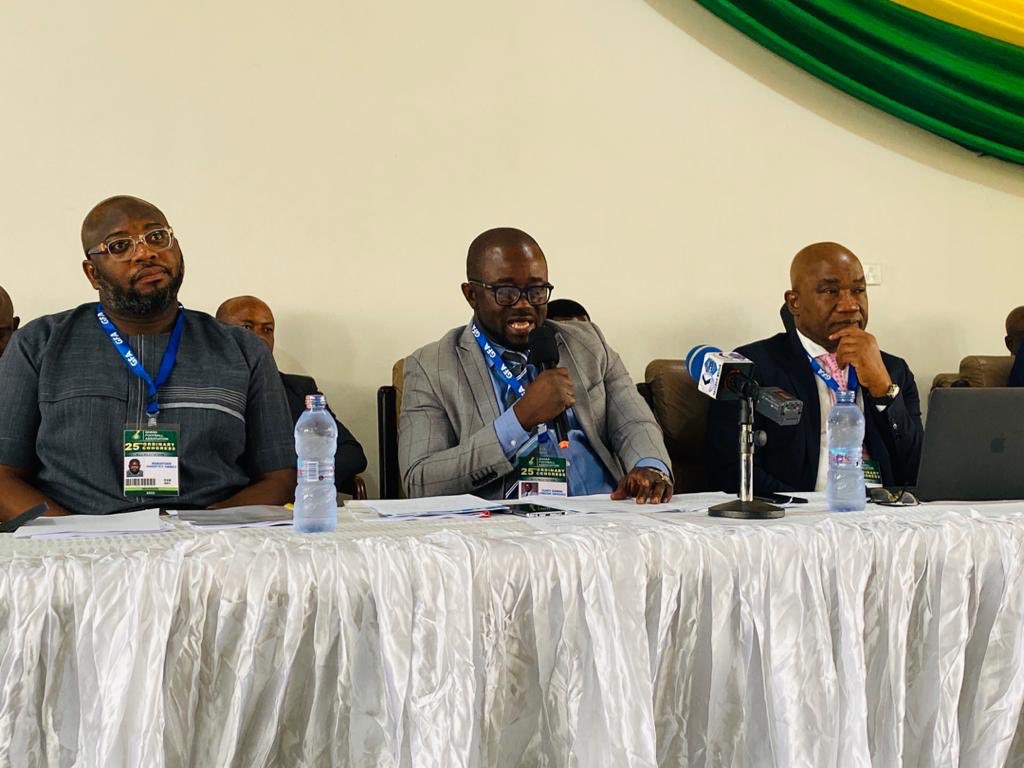 GHANA football is steadily but speedily heading into kismet of disaster unless stringent efforts are made to rescue it from the abyss.

We have been told many times that one thing that tears football apart and forces potential sponsors from shying away from the game, is match-fixing. Throwing a game is as destructive as hurricane.
Indeed, match-fixing is a huge threat to all sports at every level and the colossal damage it causes is graspable.

That is why many expect the Ghana Football Association (GFA) to deal with that ‘demon’ with the speed of lightning. Sadly, that is not the case as evidenced in the Inter Allies v AshantiGold SC scandal which hearing at the Disciplinary Committee level only began last week, three months after the abhorring incident.

Looking at how perilous match-fixing can be to football development, one would have expected the FA to expedite the case with gusto – and bring the matter to its logical conclusion before the start of a fresh season.

Congress
It is very worrying – maybe not to the FA, that come this Thursday October 28, there is going to be the 27th Ordinary Session of Congress at the Ghanaman Centre of Excellence at Prampram – whilst they have a scandalous case hanging around their neck.

The congress date was fixed by the Executive Council of the GFA, in the exercise of its powers under Article 31(2) of the GFA Statutes 2019.

Questions: Is the FA and its Executive Council thrilled that they already have published Premier League fixtures that included AshantiGold SC who are involved in the alleged match-fixing scandal?
Could they not have waited to release the 2021/2022 season’s pairing after dealing with the case and washing their hands off it? Better still, could the league not have proceeded without AshantiGold until the final determination of the case?

Anarchy
So, what happens if AshantiGold are later found culpable and suffer demotion whilst the season is in session with between five to 10 games already played? Would the league not be thrown into anarchy, or there is something we do not know?

Again, what happens if relegated Inter Allies roll off their campaign in the Division One League (DOL) and suffer further slump after being found guilty in the case? Do you stop the league or make it continue without the demoted side – or promote another to take its place and start anew?
Better still, is the Disciplinary Committee of the FA going to overlook the supposed ‘sins’ of the two clubs (AshantiGold and Inter Allies) – for which reason the fixtures were released?

For whoever must be reading this story for the first time, on Saturday July 17, 2021, Ghana football earned rave reviews, but not for its fabulous exhibition of the game. Our football gained instant global attention for a disgusting act that brought the nation’s game into disrepute as AshantiGold hammered Inter Allies 7-0 on Matchday 34 of the GPL played at the Len Clay Sports Stadium in Obuasi.

The scoreline was of no issue, at all – but the shameful manner it was executed.
Thirteen minutes before the final whistle, an Inter Allies player Hashmin Musah was introduced into the said game and intentionally scored two quick own goals, making the final scoreline 7-0. He was subbed off again moments later. According to the player, he had to score those goals to make nonsense of a wager that had been placed on the match.

Punishment
In 2007, Okwahu United, Nania FC, Great Mariners FC and Tudu Mighty Jets were demoted to the fourth tier and fined heavily – after they were found guilty of match-fixing, having posted some outrageous scorelines in their final league games for promotion into elite football.

Truth is that, if we do not take iron-handed measures now, we will witness this same grubby act rear its ugly head again in the season. That is why we must not spare anybody caught up in the mesh. Our game must be cleansed – and it is now or never!
It must not be seen that high-powered strings are being pulled to save any club from plunging into the abyss for the supposed abominable sins committed.
The International media have had a field day on the embarrassing incident – and tore Ghana football into shreds. We should not allow them to hurt us further.

Match-fixing, indeed, strikes at the heart of the sport, the value of competition and all of the other participants’ self-images and integrity.

Again, that sordid act jeopardizes the relationship between a team and its supporters, between fans and the sport itself, because it plants seeds of dishonesty and then cynicism about competition between equals – and hurts the sensibilities of sponsors.

Outrage
The Ghana FA boss himself – Kurt Okraku, has been outraged at the AshantiGold v Allies scandalous game and rightly so – promising to chase out the “faceless cowards” involved in match-fixing.

“Our football has been attacked by faceless cowards. It is my responsibility and that of the Executive Council to defend the passion of the nation.

“Everybody who has played a part (in match-fixing relating to betting) will face it. We will clean our sport and bring confidence to a sport that feeds me and all of us; a sport that gives hope and aspiration to the entire 30 million people of this country,” the FA President told the media.

It is always inspiring reading the indignation of the FA President on this issue. Let us see how such talks swell into real action at the end of day.

Indeed, if for nothing at all, Ghana football has suffered enough – and Kurt Okraku must put his feet down and ensure that the integrity of our game is fully protected.

In all fairness, Thursday’s FA Congress should have been halted until there is finality to the match-fixing case that hangs around their neck. If no, then hope stakeholders at the meeting will find reason and call for a temporary suspension of the 2021/2022 season – pending the end of the case.