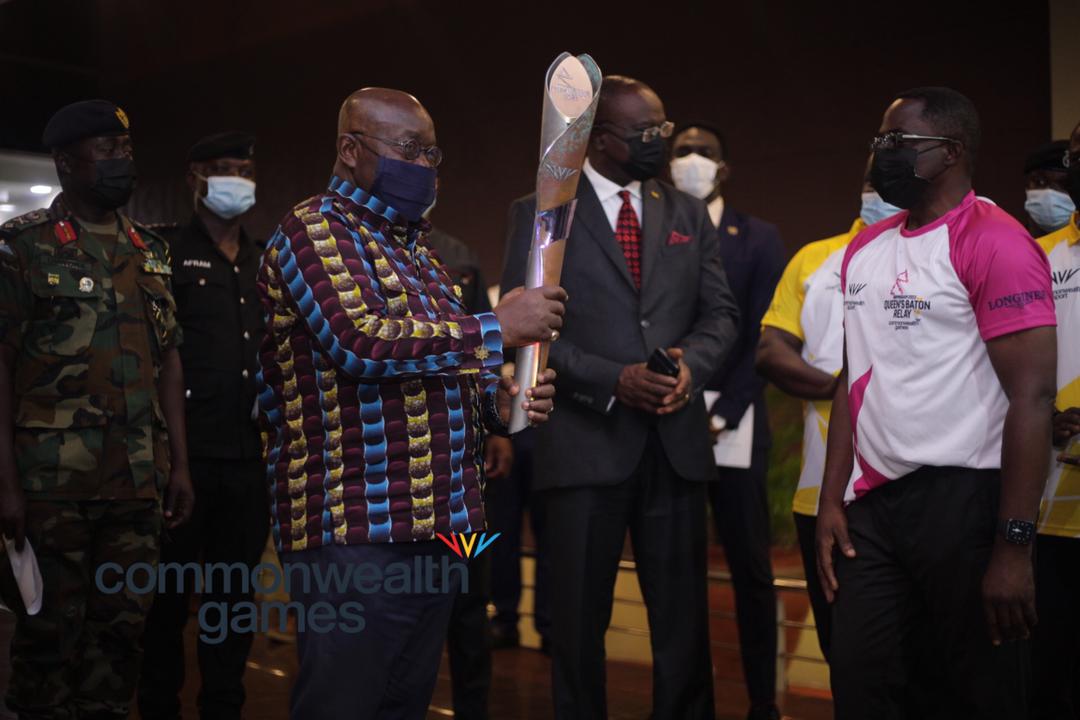 President of the Republic of Ghana, William Addo Dankwa Akufo-Addo has received the Queen’s Baton Relay (QBR), meaning the West African country is all, but ready to participate in the XXII Commonwealth Games otherwise known as Birmingham 2022 scheduled to take place in the West Midlands from July 28 to August 08, 2022.

The President received the QBR on Monday, October 25 at the Jubilee House (seat of government) in Accra from Ben Nunoo Mensah – President of the Ghana Olympic Committee at a brief ceremony.

Having arrived in Accra on Monday, the Queen’s Baton Relay will head to the harbour city (Tema) and Kumasi where the Asantehene, Otumfuo Osei Tutu II will receive it at the Manhyia palace.

The baton will, however, leave Ghana for Cameroon on Thursday, October 28.

Jessie Lartey (boxer) won the only medal (bronze) for Ghana at the last Commonwealth Games held on the Gold Coast of Australia in 2018.