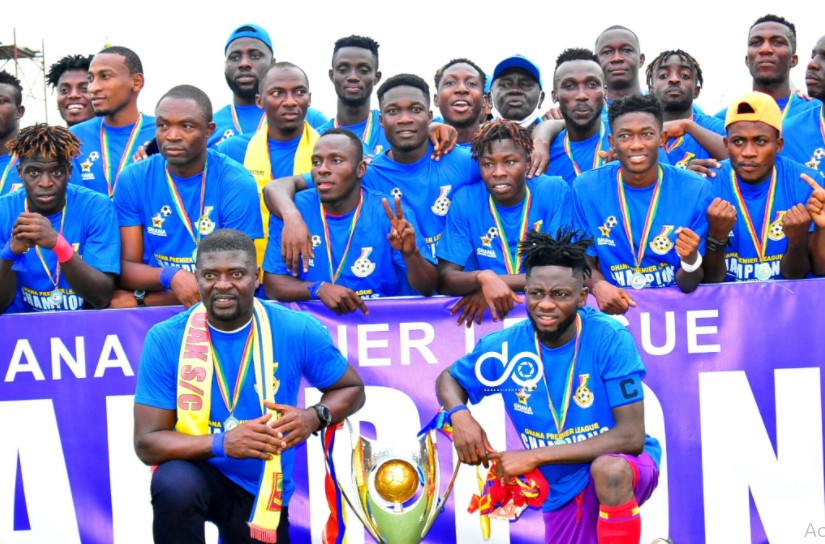 This was announced by President Kurt Edwin Simeon Okraku on Tuesday, October 26, 2021 during the launch of the football season at the GFA headquarters in Accra.

Ghana football prize package for 2021/22 season which kicks off this Friday, 29 October

In Division One, Winners of the various Zones (One, Two and Three) will also receive a brand new car and 40 medals as reward packages in the second tier competition while the second placed teams take home GHC 30,000 and 30 silver medals each.

For the Women’s League, the Winner will be rewarded with GHC 50,000 and 40 Gold medals while the Runner up receives GHC 30,000 and 40 Silver medals. Each of the 20 participating clubs will receive jersey team bags, movable mini goalpost, footballs, ball bags, cones and shin guards.

The 2021/22 Ghana Premier League is set to kick off on Friday, October 29, 2021 with newly promoted side Accra Lions set to square off with Elmina Sharks in the season’s opening blockbuster at the Accra Sports stadium.

This season’s league will also receive a major boost in the area of Television coverage as official broadcast right holder StarTimes are set to invest $1 million in production and promotion of the elite competition. Over 150 live games will be broadcast across the globe.