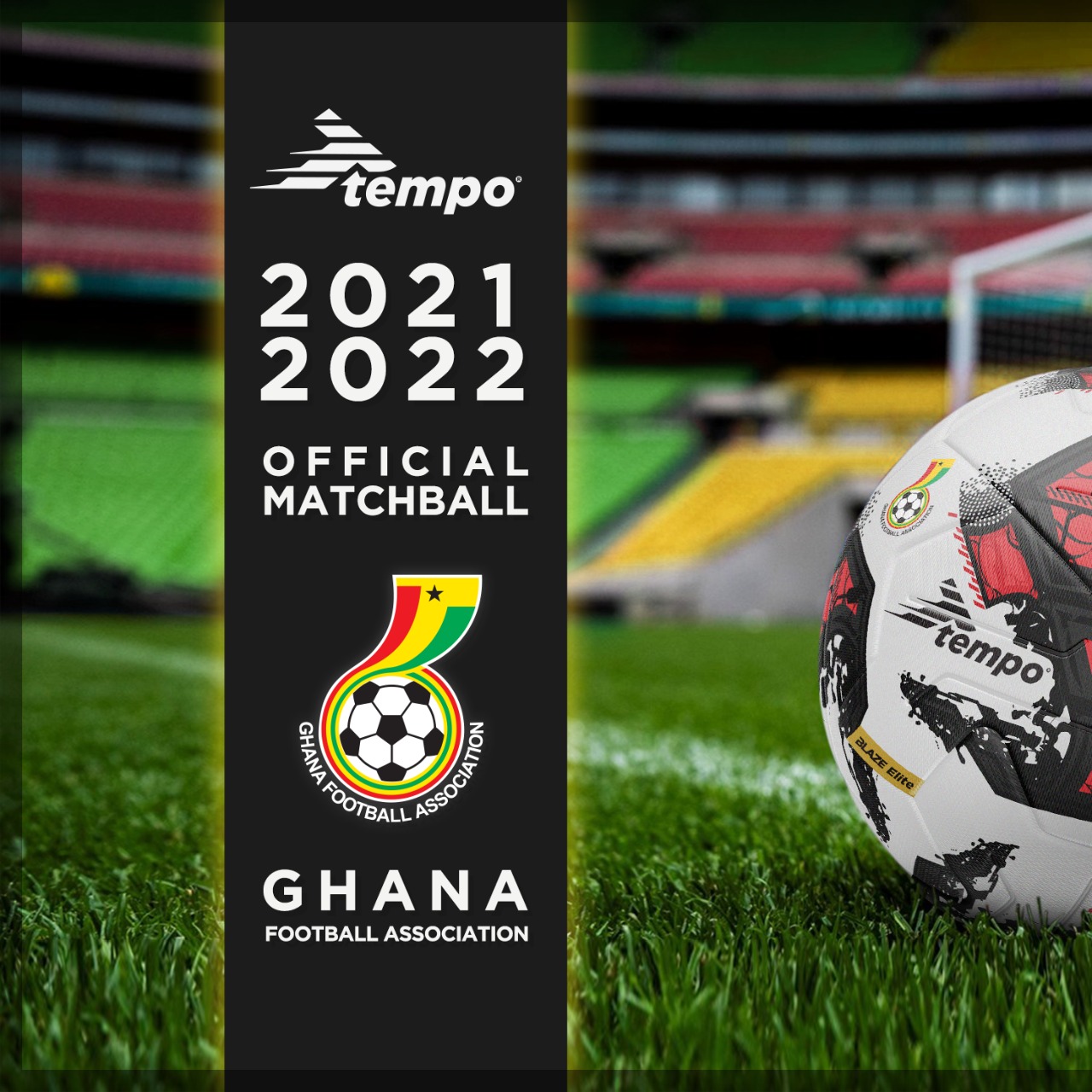 The Ghana Football Association is pleased to unveil Tempo football as the match ball for the Ghana Premier League season for the next three seasons.

The Ghana representative of Tempo Sport, Alhaji Alhassan Haruna Mutala announced the deal on Tuesday, during the launch of the new season in Accra.

Tempo ball is predominantly white with an S-shaped red and black figure decorated around it.

Each club in the Premier League and Division One will have 10 balls for match days and 20 for training. But there shall be an addition of 10 footballs in the second round to make it 40 footballs to each club.

The 2021/22 Ghana Premier League will kick off on the weekend of Friday, October 29 to Monday, November 1, 2021 across all the nine League centres.

Newly promoted side Accra Lions will open the 2021/22 Premier League season with a home fixture against Elmina Sharks at the Accra Sports Stadium, Friday night.