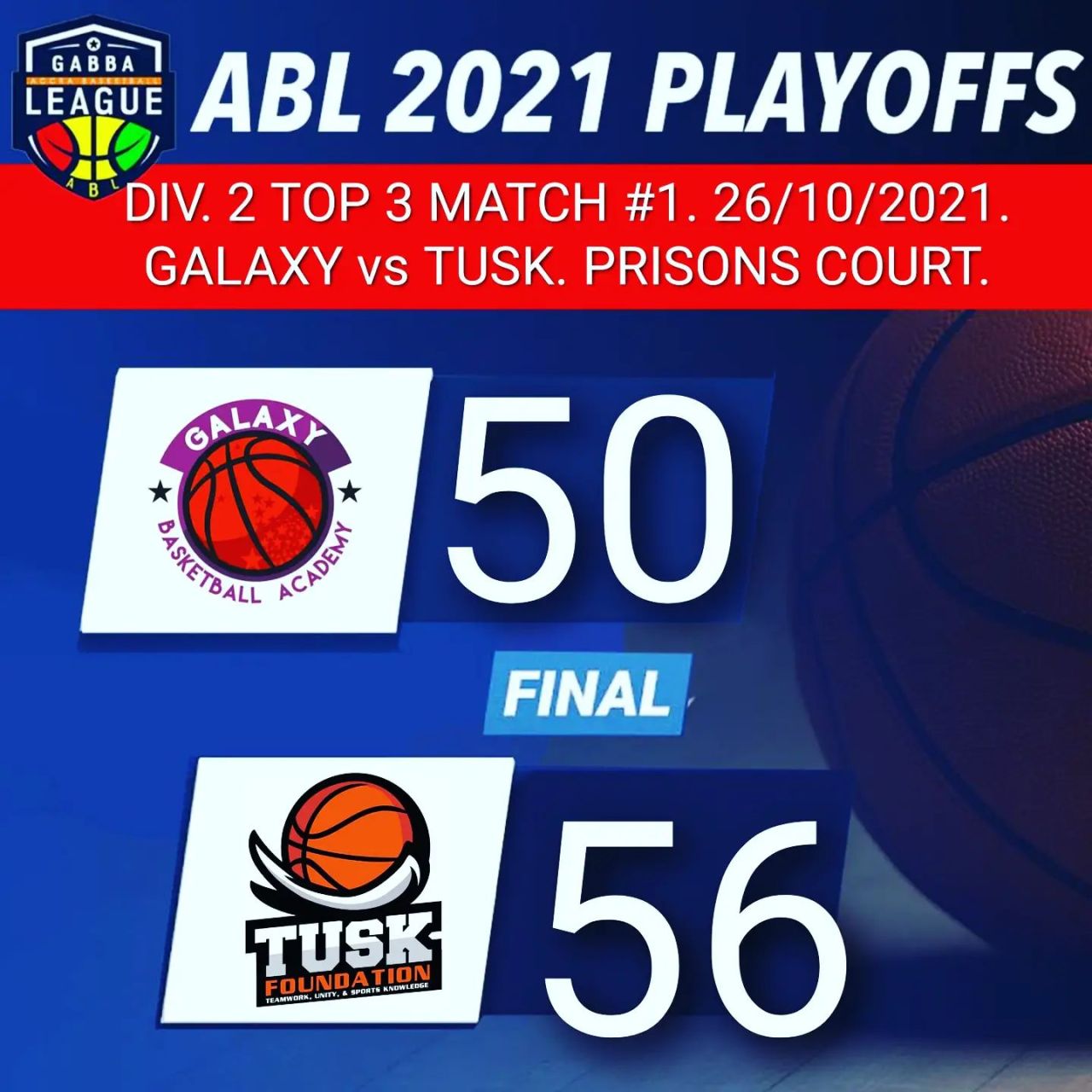 Galaxy lost 50-56 to TUSK in the three way battle for the division crown alongside Ghana Navy; Galaxy plays Navy on Thursday, October 28 at 17:00 GMT at the same venue.

TUSK led through all quarters in the win but Galaxy will rue the missed opportunities it had in the third quarter especially to turn the tie around when the team was on a big run.

Galaxy needs to beat Navy on Thursday to stay in the hunt for the division’s crown.