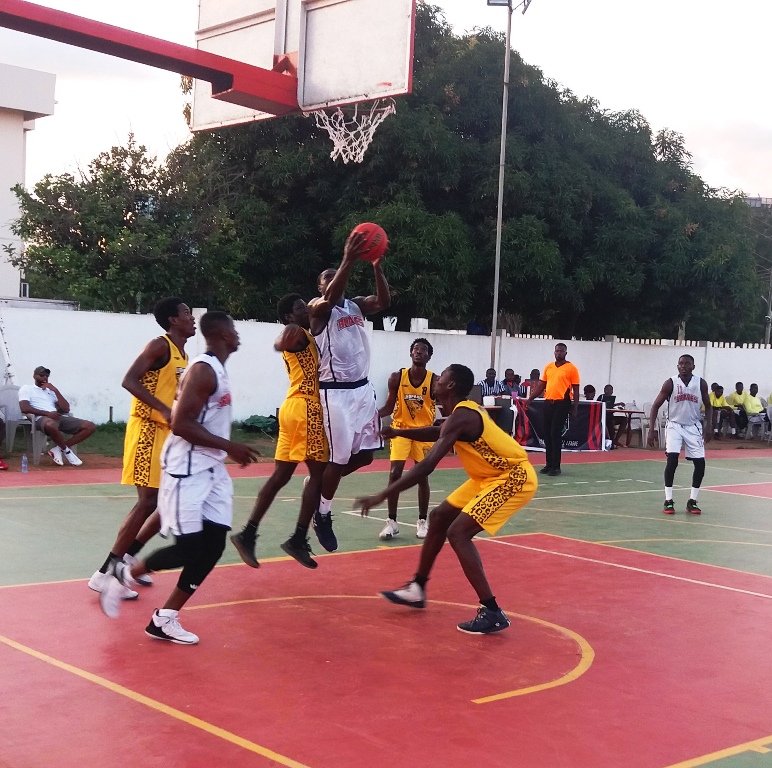 This is on the back of recording a 59-44 win over Adenta Leopard earlier today at the Prisons Court in Cantonments in Accra. In a repeat of the 2019 League Finals, Braves had a near wire to wire win against a completely different Leopards roster from the 2019 group.

Braves got off to a 4-0 start with Patrick Gameli scoring a skyhook layup. Joseph Quartey got a steal and assisted Samuel Atiapah’s layup. Umar Bukun tied the game with two converted free throws.

Emmanuel Amoah scored off a missed three point attempt from Daniel Aryee for Braves. Quartey did bury a three pointer for Leopards midway through the opening quarter.

Quartey scored a jump shot and Michael Ahafia scored inside the paint after grabbing an offensive rebound off a missed shot to give Adenta a 12-9 first quarter lead.

Treasure Botchwey came off the bench to trade baskets with Daniel Aryee. Braves controlled the latter part of the quarter with Daniel Ayana, Aryee and Samuel Abbey scoring to give Customs a 30-22 first half lead.

Braves did its best damage from three point range as Alhassan Zamon drained two with Dodzie adding a deep one late in the third quarter. Adenta got a three pointer from Macbeth Combey and Kendrick Banini scored off a fastbreak layup. Braves held a 47-31 lead for the fourth quarter.

Zamon and Dodzie combined to get Braves into the 50 point column. Zamon scored two more points from the free throw line. Evergreen Godson scored a three pointer in the next immediate possession.