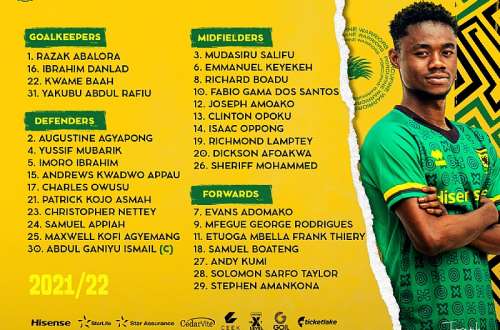 Domestic giants, Asante Kotoko have announced their 31-man squad which they will be using for the 2021/22 Ghana Premier League season.

Out of the players registered, five of them are youngster who are below 19 years and will be used as the core members of the youth team.

Asante Kotoko will open their campaign with an away game against Dreams FC at the Accra Sports Stadium on Saturday before they host Bechem United at the Baba Yara Sports Stadium a week later.