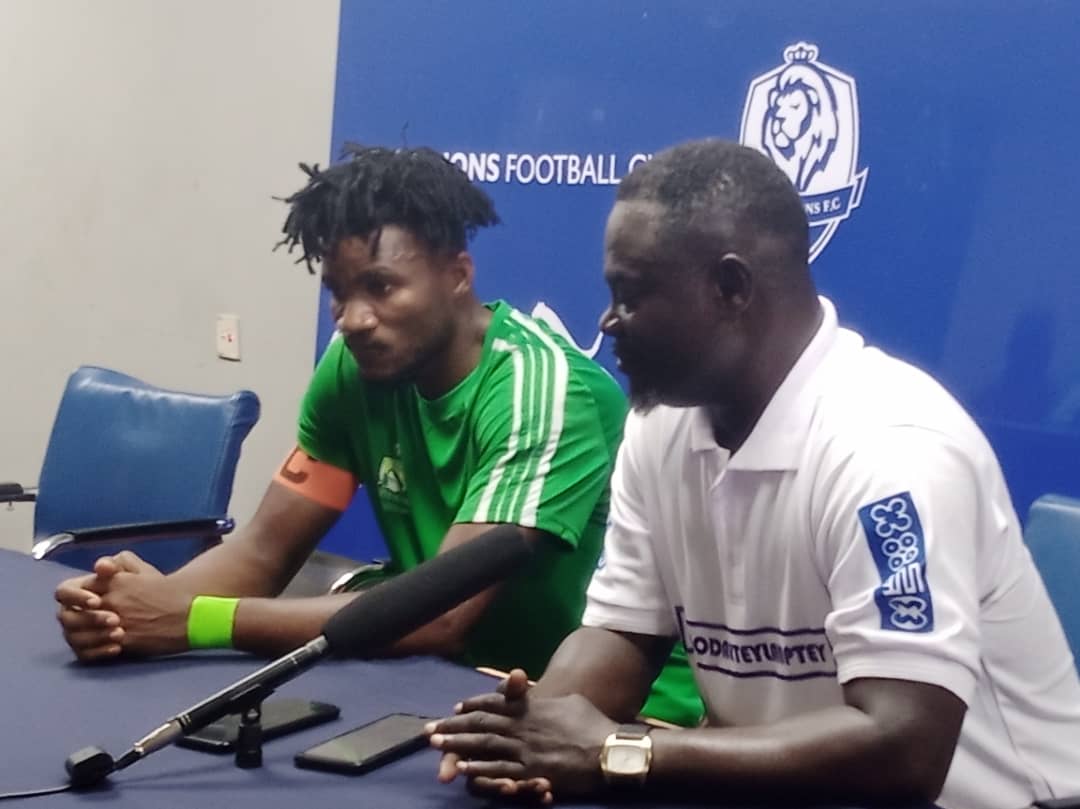 Nii Odartey Lamptey, coach of Elmina Sharks is not a happy man at all. His team nearly took all the 3 points in the opener of Ghana’s Premier League 2021/22 against newly promoted Accra Lions only to lose concentration and concede a late equaliser at the Accra Sports Stadium.

After Michelle Sarpong scoring the first goal of the season for Sharks, they looked all set to win the match only for the defence to lose concentration which saddens the former Ghana international who is in his second season as a coach of the Elmina based club.

“I am a bit down because of the result. We conceded a late goal because of lack of concentration but it’s part of football. Game after game they will improve and I know that’s for sure,” said Odartey Lamptey after the match .

Lamptey took over Sharks last season after Yaw Acheampong left the team and managed to keep the team in the Premiership with very satisfying results in the matches that ended the season.

“I took over the team when the situation was bad. I know we won’t struggle like last season and can say that Lions will place between 1st and 8th position in the league,” proclaimed Nii Lamptey.