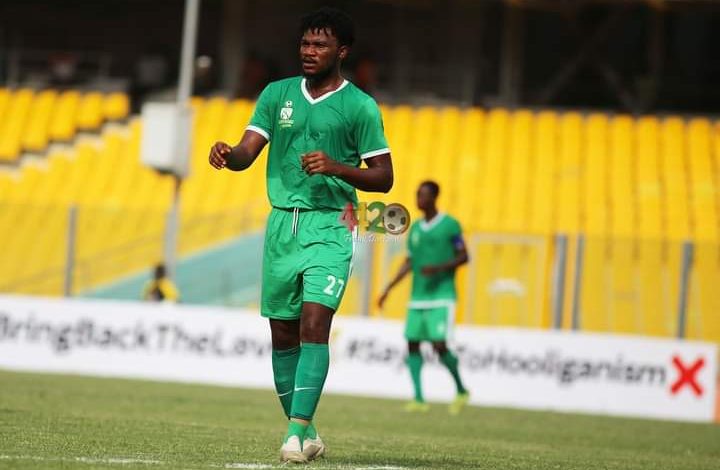 Elmina Sharks FC defender, Ismael Hammond was named NASCO man-of-the-match as his side share spoils with Accra Lions on opening day of the 21/22 Ghana Premier League(GPL).

The center half has now become the first player to win the accolade in the new GPL season.

Michelle Sarpong’s second half lead for Sharks was canceled out by Rauf Salifu in the die embers as the both sides ended the game with a goal apiece.

Accra Lions following the draw have earned what is their first ever Ghanaian top flight points on their debut appearance.

For Sharks, a win would have been a desired score line but to avoid defeat on the first is positive results to build on.

Ismael Hammond although, wasn’t on the scoresheet but turn out to be the outstanding player on the pitch as he deservedly walked away with the MVP price at the end of the match.

Lions in week two will play as visitors regional rivals Great Olympics at the Accra Sports Stadium while Sharks host Dreams FC in their first home game on November 6, at the Ndoum Sports Complex.