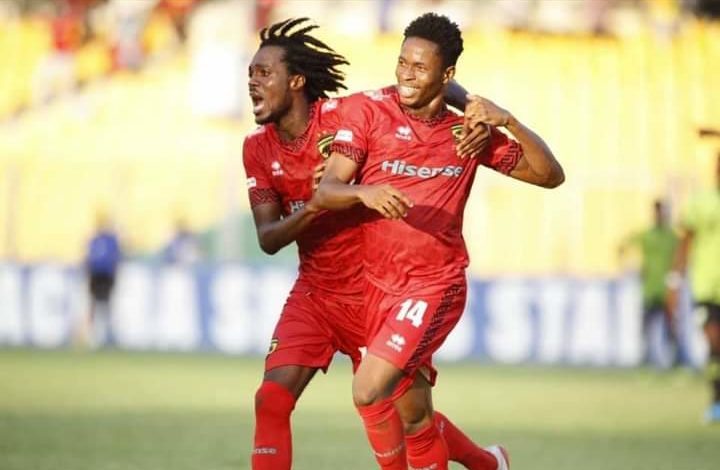 Kumasi Asante opened their 2021-22 Ghana Premier League campaign in a spectacular fashion, coming from behind to beat Dreams FC 3-1 at the Accra Sports Stadium on Saturday afternoon.

The Porcupine Warriors scored three(3) times in the final nine minutes of the game to deny their host an opening day victory in the nation’s capital.

Midfielder Mudasiru Salifu started the come back for Kotoko in the 84th minute when he pulled them level after Fatawu Issahaku had put Dreams FC a goal up early in the second half.

Youngster Isaac Oppong then gave the visitors the lead in the 89th minute with a spectacular volley before former Inter Allies star Richmond Lamptey took the game beyond the reach of the host with a trade-mark long distance drive.

Asante Kotoko declared their intent from the blast of the whistle with Brazilian Fabio Gama Dos Santos nearly getting the opener in the second minute but his effort was deflected for a corner kick, the result of which was wasted.