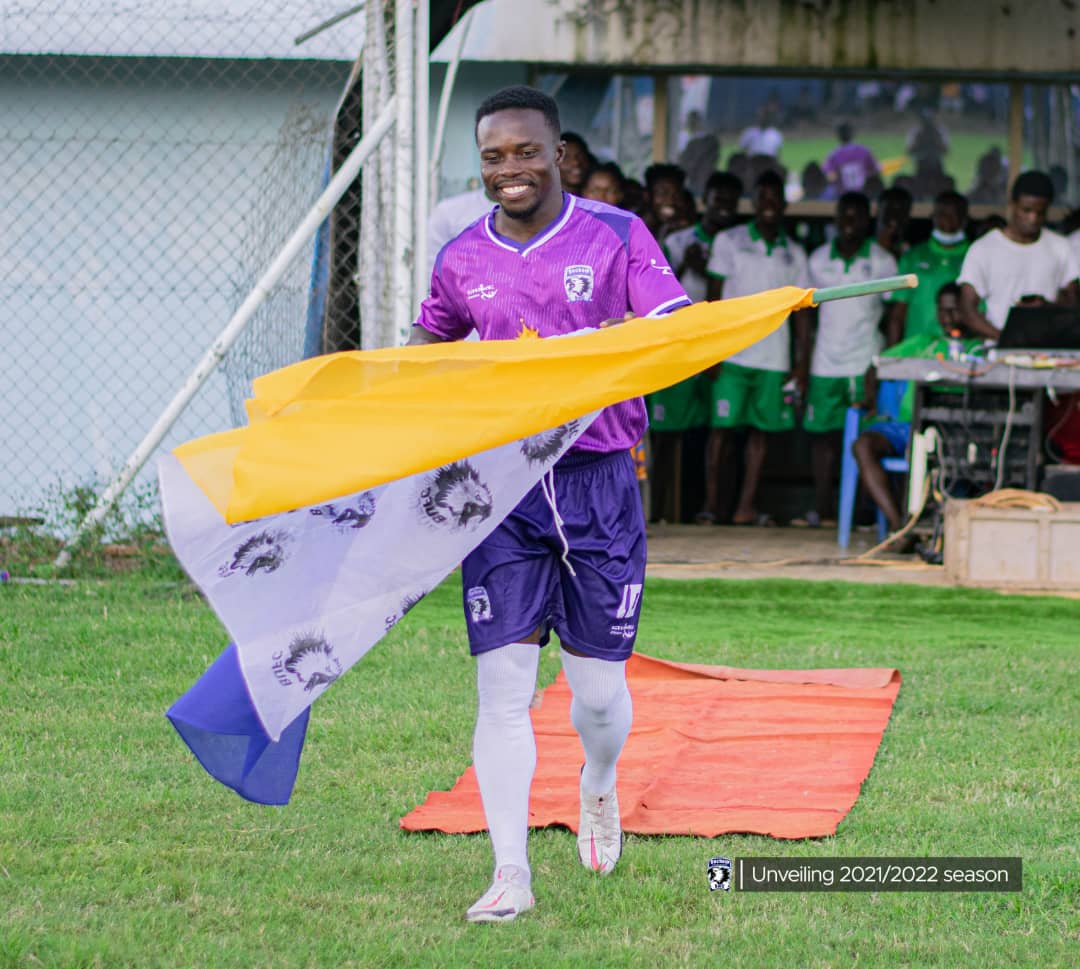 The 28-year-old scored a screamer from the centre of the park to send the stadium into pandemonium.

The former Asante winger scored the fourth goal with a minute to spare to wrap up an impressive outing against the Mauve and Yellows.

Emmanuel Avornyo opened the scoring for the home side in the 14th minute before Francis Twene made it 2-0.

The Hunters returned from the break with Francis Twene making an immediate impact with the third goal and his second on the afternoon.

When it appeared the game was heading to a 3-0 scoreline, Augustine Okrah scored a beauty with a thunderbolt from the centre line.

Medeama coach Ignatius Fosu will come under initial pressure after the club suffered their worst away defeat in many, many years.

The two teams were reduced to 10 men each after Baba Abdulai Musah was shown the marching off orders following an off the ball incident.

Medeama are bottom of the table after the heavy thumping at the Nana Gyeabour Park in Bechem.