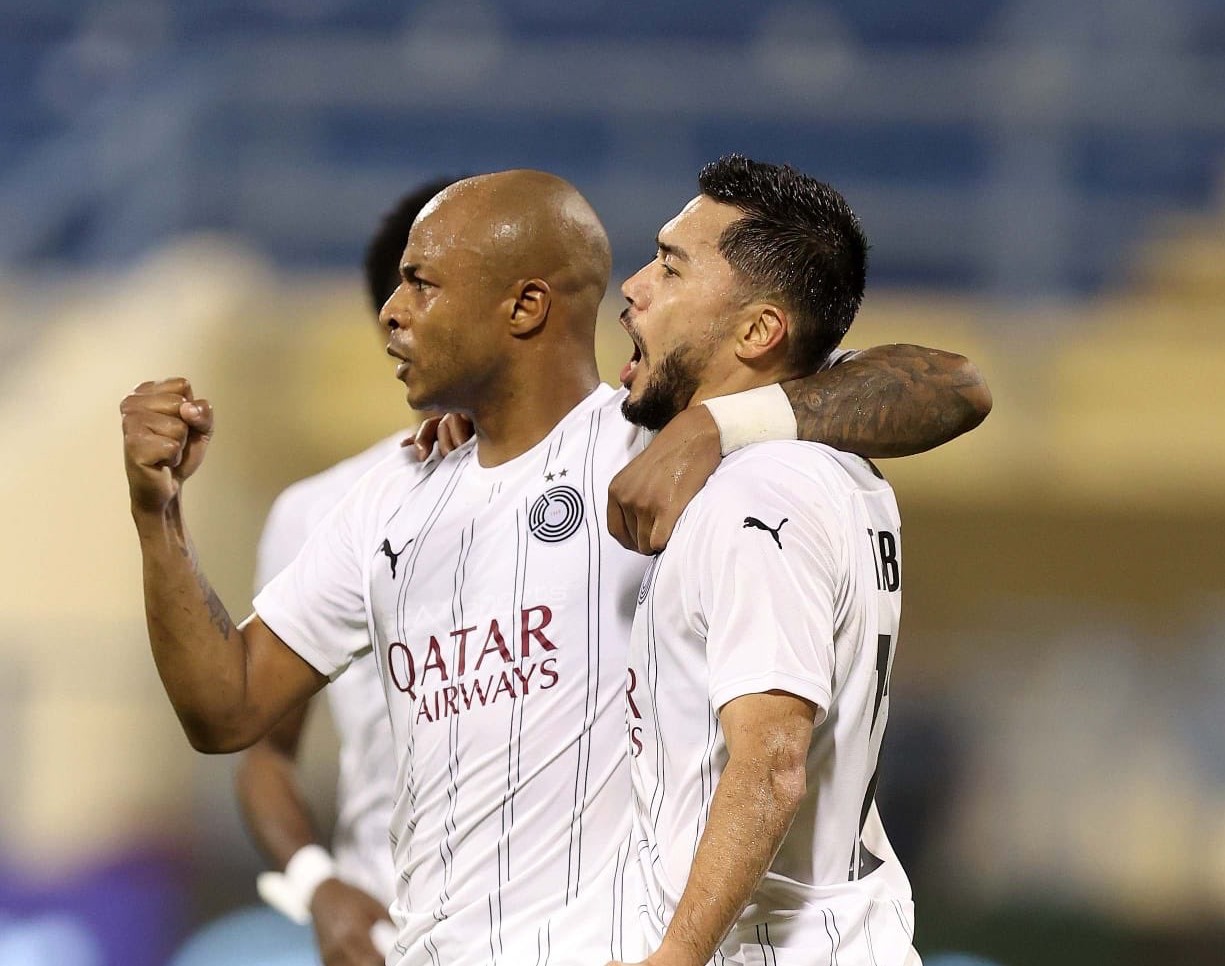 In-form Ghana captain, Andre Ayew was on target for Al Sadd SC’s in their 4-1 win against Al-Ahli on Saturday evening in the Qatari Super League.

The former Swansea City player scored his team’s third of the game as they ease to a comfortable win on the day.

Hassan Al Haidos scored the only goal for the home team in the first half, but Baghdad Bounedjah made it 2-0 nine minutes after halftime.

Patrick Eze scored a consolation goal for the visitors in the 68th minute, but Ayew converted a penalty kick 10 minutes from time to restore the home team’s two-goal advantage.

Baghdad Bounedjah again netted late in the game to make the final score 4-1.

Ayew goal was his seventh in seven consecutive games.

They are currently on top of the League standings after eight games played.