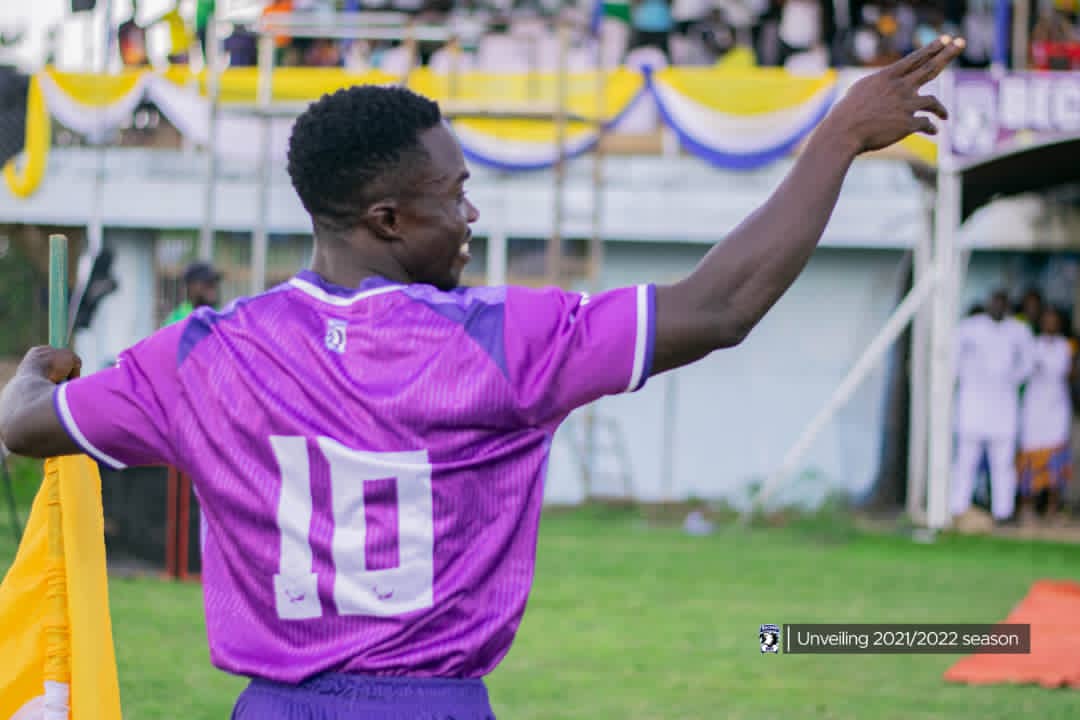 Former Ghana Premier League goal king Augustine Okrah  says moving back to Bechem United is the “best decision” he has made amid several options that were available.

The 28-year-old made a return to Nana Fosu Gyeabour Park last month following the expiration of his contract with Asante Kotoko.

He scored one on his second debut for the Hunters and also provided two assists as they thrashed Medeama 4-0 in the first game of the 2021/22 season on Sunday.

“It is the best of decisions although I had several offers on my table. I’m happy to be here and I believe things will work for me,” Okrah told AshesGyamera.com

“We have started the season on a good note and I hope we will continue with such a momentum.

“I always say that league games, unlike cup matches, are marathons so we have to lower our expectations somehow,” he added.

Bechem United, who are now first on the log, will face second placed Asante Kotoko in matchday two of Premier League at the Baba Yara Sports Stadium on Sunday and they will likely parade three former players of Kotoko.

Former defender defender Emmanuel Asante, midfielder Latif Anabila and Okrah are expected to start the game for Bechem in Kumasi.