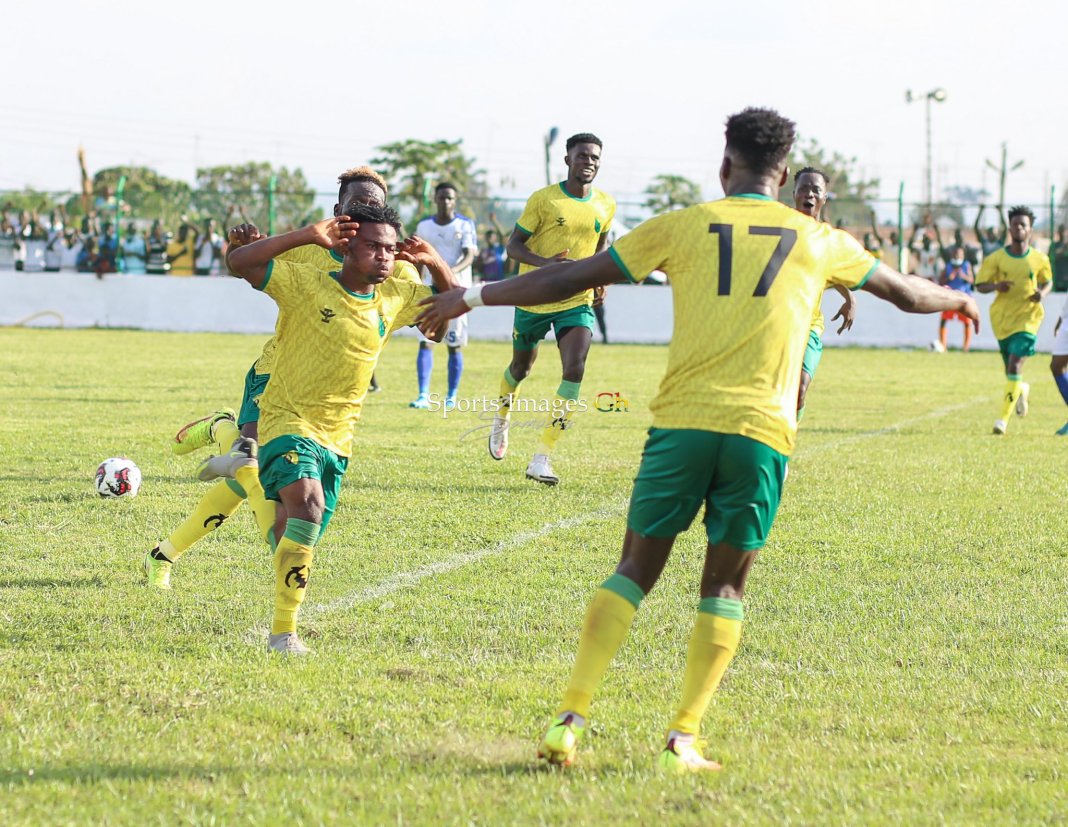 Bibiani Gold Stars announced their presence in the Ghana Premier League with a 1-0 win over Berekum Chelsea in front of a fully packed supporters at the Dun’s Park.

The Miners who were making their maiden appearance in the top-flight, laboured to record the famous victory after struggling initially.

With the scoreline goalless at the break, head coach Michael Osei ringed changes in his side things swinged in their favour.

Kingsford Boafo, who helped Gold Stars to seal qualification from Division One League last season, rose to the occasion once again. The prolific striker beat his marker and powered in his effort to break the deadlock.

The stadium erupted after the ball went in and Gold Stars could’ve even added another if their strikers were more purposeful upfront.

Gold Stars after this historic win, will travel to Tarkwa next weekend to fave Medeama who suffered a humiliating 4-0 defeat in the hands of Bechem United today.