Ghana Premier League: Six facts to know ahead of the 2021/22 season 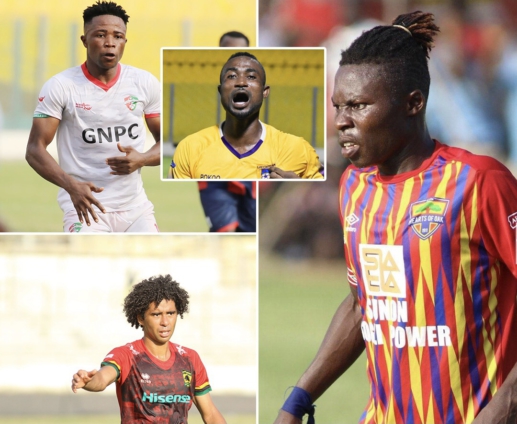 The new Ghana Premier League is set to commence on Friday, October 29, with a clash involving Accra Lions and Elmina Sharks setting the tone.

Prior to the opening encounter, here are some facts put together by the JoySports team for the new campaign.

Accra Lions and Bibiani Goldstars will experience a debut appearance in Ghana’s top-flight since their establishments.

Bibiani Gold Stars rewrote their history books by securing promotion to the Ghana Premier League for first time since they were established 24 years ago.

The team secured qualification under former manager Kobina Amissah but their maiden campaign in the league will see them play under coach Michael Osei, after Amissah resigned from his post.

Goldstars secured promotion to the Premier League ahead of fierce rivals Skyy FC, who finished second on the league log. The people of Sefwi and Bibiani will have a representative in Ghana’s top-flight for the very first time.

Accra Lions also booked a ticket to the Premier League, beating Tema Youth to win Zone Three of the Division One League.

The club are without a win in any of their last four league openers.

One would have to date back to the 2015/16 season when a 79th minute strike from Samuel Yeboah secured victory for Hearts in the opening day.

Since then, the Accra-based side has failed to take away all maximum points on match-day of the league.

In the 2017 season, they were held to a goalless draw Inter Allies in their firs game of the season. Goals from Alex Asamoah and Winful Cobbinah saw Hearts play 1-1 in their opener in 2018. A 1-0 loss to Berekum Chelsea and 2-0 defeat to Aduana Stars in the subsequent seasons meant that the Phobians’ first game misery continues.

In the 2021/22 season, Samuel Boadu’s side will face Legon Cities in a tricky fixture at the Accra Sports Stadium on Sunday. Can they break the jinx this time?

Kumasi Asante Kotoko will go into the 2021/22 season knowing that they could stand a chance of winning their 25th league title.

The Porcupine Warriors were winners of the league in 2007/08, when they traveled to Germany to have their pre-season.

Prior to this campaign, the club was in Dubai for two-weeks as they stepped up preparations, and there is an optimism among the fans that Kotoko could replicate a similar success.

Karela United ended the 2021 transfer period with the most signings ahead of the new season. The Anyinase-based club made 17 new additions to their squad for the 2021/22 campaign, one more than Kotoko, who made 16 signings.

Having failed to continue their impressive momentum to the start of last season, Karela will hope for a better finish this time around.

However, they will have to do that with key players from last season such as, goalkeeper Richard Baidoo, defender Godfred Yeboah and Diawise Taylor – who was the league’s top-scorer.

But the club will have new additions like Patrick Yeboah, Kelvin Andoh and Emmanuel Anaful to count on.

For the first since the inception of the Ghana Premier League, the Ghana Football Association has given the green light for the usage of the five substitutions in games, with Ghana become the latest country adopt the changes.

Clubs will now have an opportunity to name 20 players for match days, due to the increase in the number of substitutes for a game from three to five.

Coaches will have three opportunities to make use of all the substitutions in order to prevent time wasting.

For the Hearts fans, there could be a good omen going into the new season. The club triumphed in their last appearance in the CAF Confederation Cup (2005).

In that same season, they were also crowned champions of the Premier League, making it a double for them that season.

To have a repetition of the same success, Hearts will have to beat Algerian side JS Saoura to ensure qualification into the group stage of the Confederation Cup.