GPL: Hearts held at home while Okrah scores, assists for Bechem in heavy win over Medeama 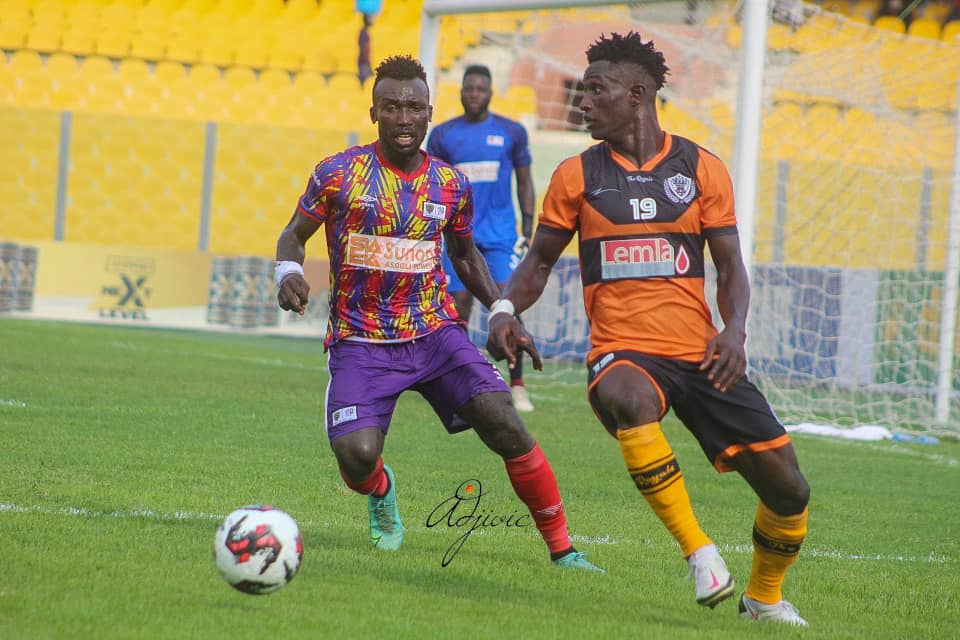 The 2021/22 Ghana Premier League season kicked successfully at eight match venues and there were a lot of goals and talking points.

The season kicked off on Friday when debutants Accra Lions shared the spoils 1-1 with Elmina Sharks at the Accra Sports Stadium.

Michel Sarpong netted the first goal of the season for Sharks before Rauf Salifu pulled the newcomers even with a simple finish.

On Saturday, Asante Kotoko rallied from a goal down to defeat Dreams FC 3-1 at the Accra Sports Stadium. Abdul Fatawu Issahaku gave Dreams FC a lead after the break but with only six minutes remaining, Kotoko did the unthinkable by scoring three goals through Mudasiru Salifu, Isaac Oppong and Richmond Lamptey.

Bibiani Gold Stars announced their presence in the Ghana Premier League with a win in front of a fully packed supporters at the Dun’s Park. The Miners pipped Berekum Chelsea 1-0 thanks to a goal from Kingsford Boafo.

Hearts of Oak failed to make a reaction after their elimination from Caf Champions League as they were held to a goalless draw against Legon Cities at the Accra Sports Stadium.

Meanwhile, Emmanuel Gyamfi’s debut goal for Aduana Stars was enough to steal a point for the Ogya Boys as they shared the spoils 1-1 with Karela United at the CAM Park in Ainyinase. Hafiz Dogo scored the equaliser for Karela.

At the Nana Fosu Gyeabour Park in Bechem, Augustine Okrah provided one assist and scored another goal as Bechem United hammered Medeama 4-0. A brace from Emmanuel Aveyor and another goal by Francis Twene completed the riot over the Yellow and Mauve.

King Faisal laboured to break down the bulwark defence of WAFA as they pipped the academy Boys 1-0 at the Baba Yara Sports Stadium. Zubeiru Mohammed climbed off the bench to fire in the only goal of the game as chances were at premium.

Elsewhere in Techiman, Ashanti Gold shrugged off their alleged involvement in match fixing scandal to pip Eleven Wonders by a goal to nil. Midfielder Eric Esso got the only goal of the game.

The game between Real Tamale United and Great Olympics kicks off later this evening.