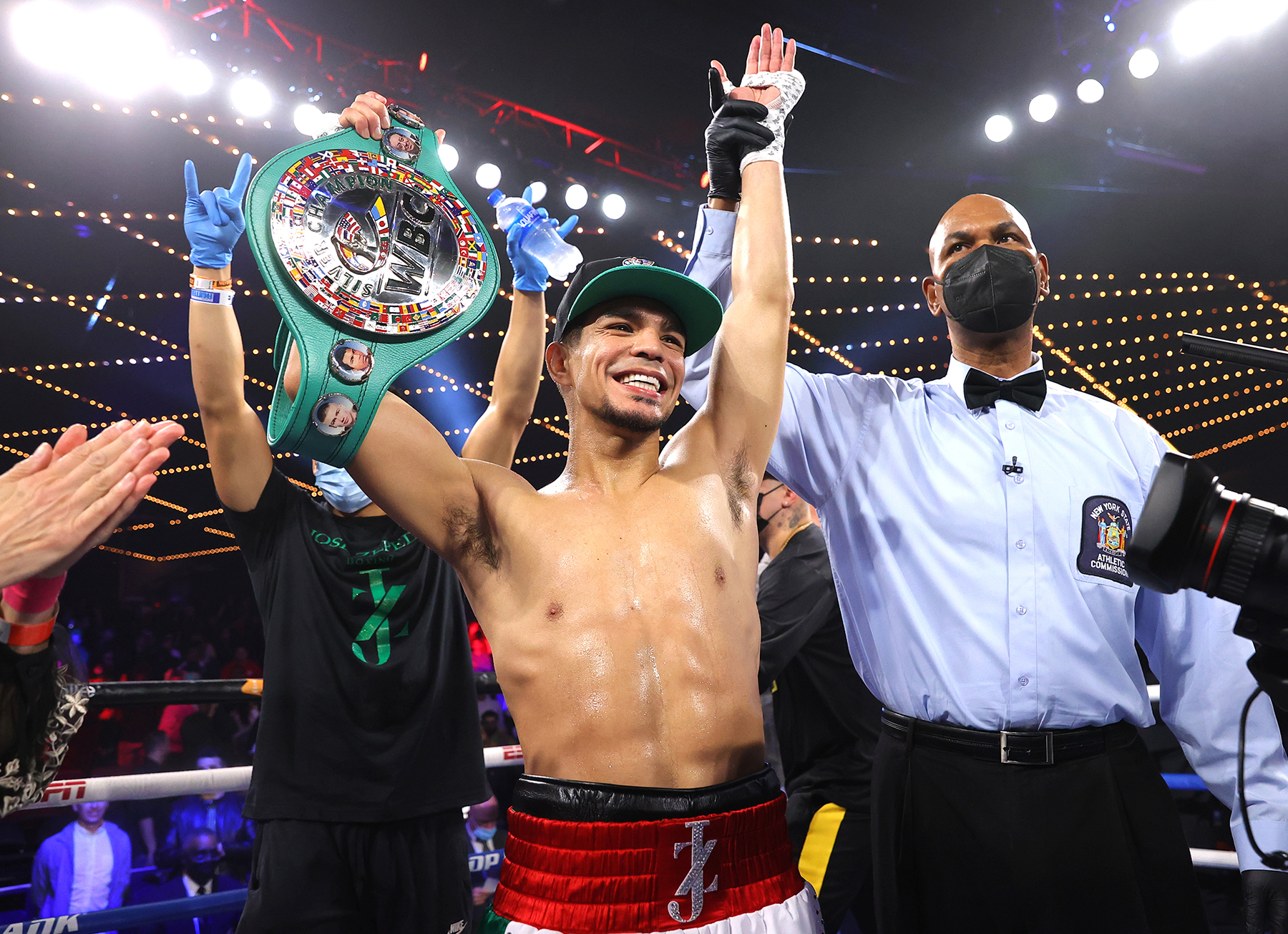 After a scuffle at Friday’s weigh-in and choice words at Thursday’s press conference, Jose “Chon” Zepeda did not waste time getting to work Saturday evening. Zepeda iced Josue “The Prodigy” Vargas at 1:45 of the opening round at Hulu Theater at Madison Square Garden, stunning the Bronx product in front of the home crowd. Zepeda retained his WBC Silver 140-pound belt and kept himself in the world title picture.

Early in the round, the southpaw Zepeda (35-2, 27 KOs) countered Vargas (19-2, 9 KOs) with a left hand that plastered him to the canvas face first. Vargas rose gingerly, but blood was in the water. Zepeda unloaded on Vargas, who took a host of unanswered punches against the ropes and crumpled to the canvas. Referee David Fields waved off the one-sided traffic, and Zepeda had the grudge match victory.

“I was ready. I was 100 percent ready, and I told him in the press conference there’s levels to this. He was the one who wanted to fight me. I just accepted the fight, and it showed today that boxing is not a game in there. There’s levels to this,” Zepeda said. “I told him, and he probably knew I hit hard. I don’t think he recovered after that shot.”

Vargas said, “He caught me with a good left hand, and I tried to recover, but I think I got up too fast. That’s what happened. Overall, I’m OK. I’m good. I’m healthy. We’re not stopping from here. It’s on to the next.

Zepeda is now unbeaten in six fights since his controversial decision loss to Jose Ramirez. Josh Taylor now rules the 140-pounders as the undisputed champion, but Zepeda once again etched his name among the division’s top contenders.

Filipino veteran Jonas Sultan (18-5, 11 KOs) did not read the script. The former world title challenger spoiled the New York debut of Carlos Caraballo (14-1, 14 KOs), knocking the Puerto Rican contender down four times en route to a 10-round unanimous decision in the bantamweight co-feature. All three judges scored the fight 94-93 for Sultan, who knocked down Caraballo in the second, sixth and ninth rounds. The two traded knockdowns in the third, with Caraballo landing a glancing blow as the bell sounded.

Sultan said, “This is boxing. This is war. And I came to win tonight. Caraballo is a tough man, but I wanted this one.”

Junior welterweights Dakota Linger (12-5-3, 8 KOs) and Mathew Gonzalez (12-0-1, 8 KOs) threw down for six rounds. The judges could not split the two, and after a firefight for the ages, New York City native Gonzalez held on to his unbeaten record with a majority draw (scores: 58-56 Gonzalez and 57-57 2x). Gonzalez controlled the early rounds, but the free-swinging Linger had success with his looping punches and dedicated body attack.

New York City welterweight attraction Pablo Valdez (5-0, 4 KOs) scraped past East Los Angeles native Alejandro Martinez (2-2-1, 2 KOs) by six-round majority decision (scores: 59-55 2x and 57-57). There was drama in the fourth round when Martinez was wrestled to the canvas and injured his ankle. Had he elected not to continue, the fight would’ve been called a no-contest. Martinez kept going, and Valdez summoned a second wind in the sixth round to pull away.

Rising welterweight Jahi Tucker (5-0, 3 KOs) wanted to put on show in front of his home region fans. The Long Island native overwhelmed Jorge Rodrigo Sosa (3-3, 3 KOs) and stopped the Paraguayan veteran with a ferocious combination in the third round. Sosa, who dropped his third fight in a row, had never been knocked out as a pro.

Local favorite Ray “The Scientist” Cuadrado (2-0, 1 KO) did not exactly dissect Michael Land (1-4-1, 1 KO), but the junior lightweight prospect prevailed via four-round unanimous decision. Land had some success in the fourth round, but that was not enough for him to draw even on the cards of the judges, who scored it 40-36 and 39-37 2x.

Junior welterweight prospect Kasir “Mazzi” Goldston (4-0, 1 KO) overcame the rough-and-tumble Marc Misiura (2-2, 1 KO) to win a four-round unanimous decision by identical scores of 40-35. In the fourth round, Misiura had a point deducted for an intentional headbutt.