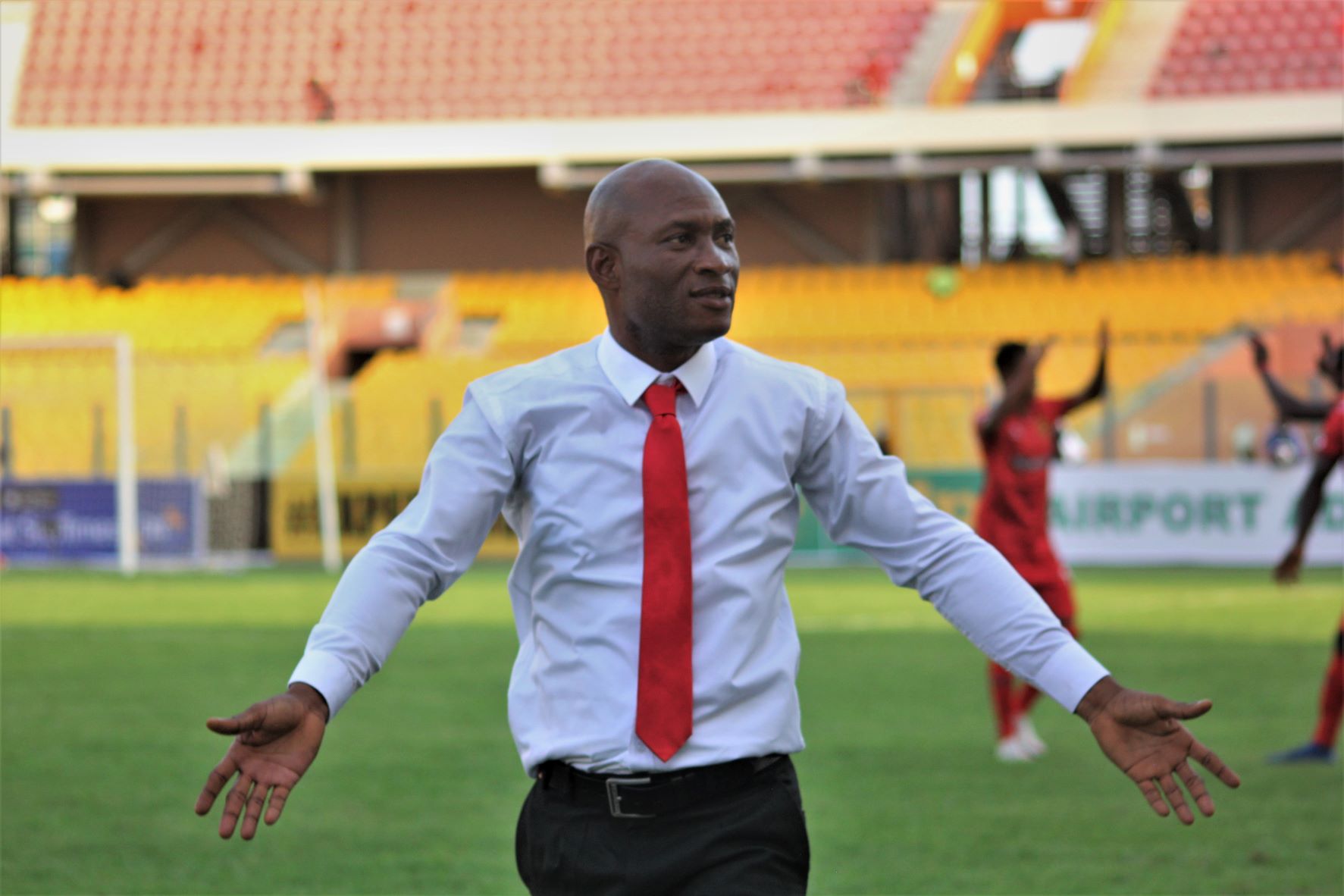 The University lecturer was full of praise for his men who had to dig deep to score three goals in the last four minutes of the match for that season opener victory.

Kotoko went down just after the hour mark when Ghana international Issahaku Fatawu scored a brilliant goal to cap a virtuoso performance on his debut.

But the Porcupine Warriors kept believing and had midfielder Mudasiru Salifu cancel out the lead on 86 minutes.

Two minutes later, substitute Isaac Oppong- the 17-year-old promising talent, rifled into the roof to give Kotoko the lead.

In the 92nd minute, Richmond Lamptey struck a trademark long range which slipped through the hand of Dreams goalkeeper Solomon Abasi.

”It was amazing victory,” an elated Ogum told StarTimes after the match. ”If you look at the way the goals came getting into the dying embers  of the game where we’re down and we’re under pressure and looking at the way the boys still kept the game plan, the team shape and how we’re able to play those combination passes, I will say it was an amazing thing.