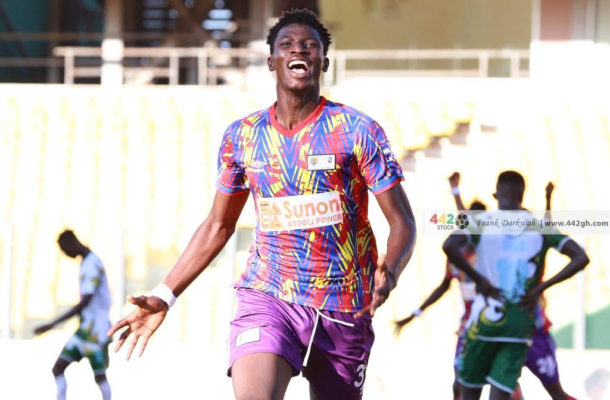 Young Midfielder Salim Adam has been handed a starting role by Coach Samuel Boadu as the Phobians play host to Legon Cities in their first match of the 2021/22 Premier League season.

The 17year-old is the only addition Boadu had made to his team that lost by 6-1 to WAC of Morocco in their Champions League elimination last week.

The promising star has featured for the Phobians in all their 3 games in the Champions League- all as a substitute.

His inclusion in the starting line up in the Sunday afternoon clash marks his first ever competitive start for the defending Champions, who have remained unbeaten in 22 Matches at the Accra sports stadium.

He has so far scored a goal for the team in their 2-0 victory over CI Kamsar in their one-off preliminary clash in the CAF Champions league.

Boadu had earlier hinted of relying on Adam to solve his holding midfield Challenges, following the exit of Benjamin Afutu and injury to Amankwah.

The game against the Royals is Boadu’s first outing in the local terrain after winning everything in the 2020/21 season.