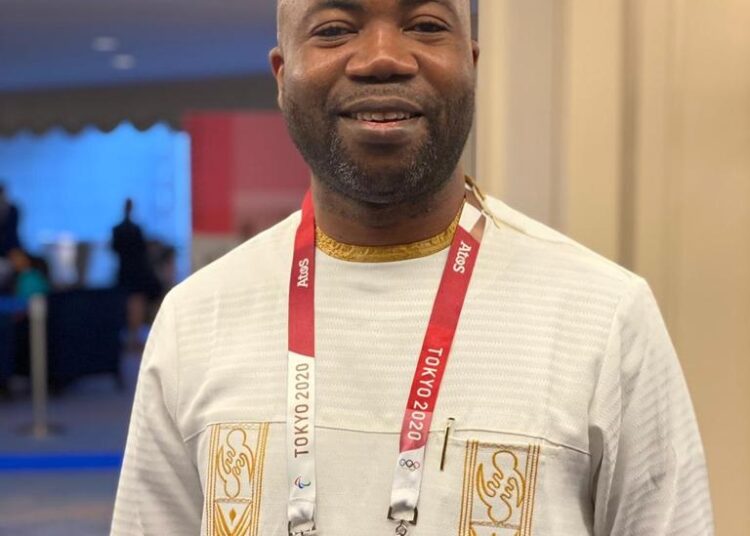 Deen, who was recently named a member of the Board of Directors for the Ghanaian National Sports Authority, polled 24 votes out of the available 41 votes to emerge victorious in the race.

38 delegates from various African arrived at the plush Rabat Hotel in Rabat arrived in the Moroccan capital for the General Elections while 3 other delegates did proxy voting online.

Ghana’s Deputy Minister for Youth and Sports Hon. Evans Opoku Bobbie was joined by Ghanaian broadcaster Dan Kwaku Yeboah to offer support to the Deen, who has distinguished himself with the way he has handled paralympic sports in the West African country.

With the Ghanaian government through the Ministry of Youth and Sports endorsing Samson Deen’s candidacy African Paralympic Committee Presidential race back in September, the deputy minister was tasked to ensure the National Sports Authority board member emerged victorious at the polls.

Outgoing President of the African Paralympic Committee – Leonel da Rocha, from Angola, had served three terms in office, amounting to 12 years did not qualify to contest for the seat of the Presidency.

Vacant positions which were being contested for the polls included the Presidency, Vice President, Treasurer, and Athletes representatives.