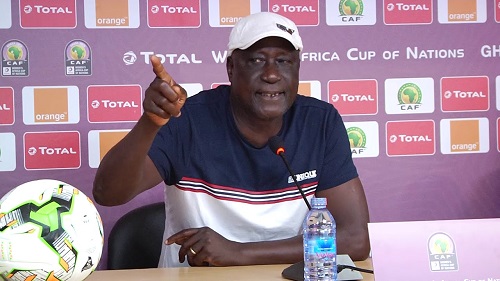 Axed Legon Cities coach, Bashir Hayford, is outraged by reports suggesting he had reported his former club to the Player Status committee to force them settle his unpaid salary.

He said such reports were unfounded and without any basis because he has not made any complain to anybody for anything.

Speaking to the Graphic Sports in an interview yesterday, the former Asante Kotoko coach said he also had calls from friends about the media report but was unsure where it was coming from because he had not made any such complaint.

“I also got a call from several people asking me about this but I don’t know where that is coming from. It is not true that I have taken the club anywhere”, the former Medeama SC gaffer said.

The report which was circulating in the media last week said Hayford who was relieved of his job with just three games to the end of the season had dragged his former team to the Status Committee for non-payment of salaries.

The report also claimed that the veteran coach was owed five months salary, bonuses and other incentives which has not been paid since he was asked to step aside for Maxwell Konadu to take over the coaching duties of the club.

Hayford had signed a three-year contract with the ‘Royals’ in November 2020 when he was drafted in to replace Goran Barjakteravic but could not see to the expiration of his contract.