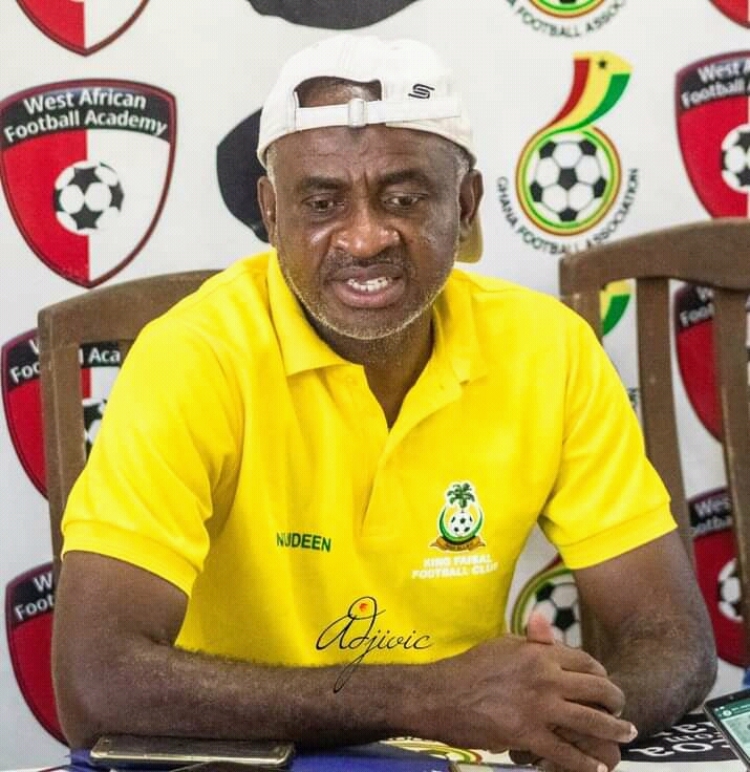 Kumasi King Faisal gaffer, Nurudeen Amadu has hailed the performance of his players after their narrow win against WAFA but admitted there still have to improve going forward.

Substitute and outstanding youngster Zubairu Ibrahim came from the bench to tap into the net from Osman Ibrahim’s cross at the death to snatch all three points for the host.

Speaking to the media after the game, coach Nurudeen Amadu has stated his strikers weren’t clinical upfront having missed lots of goal scoring chances especially in the second half.

But also he added by saying he was satisfied with their perfomance and win but admits there will still have to return to the drawing board and right some wrongs before they head into their subsequent games.

“My strikers weren’t clinical we missed lots of chances. The perfomance wasn’t bad but still there’s more room for improvement.

“We lost three key players and definitely it will tough without but we are working hard to replace all of them going forward.”

“My players couldn’t exhibit our game plan but a three points against WAFA is very crucial and we hoping to settle well going forward.”