FEATURE: You Think There Is Democracy In Sports? 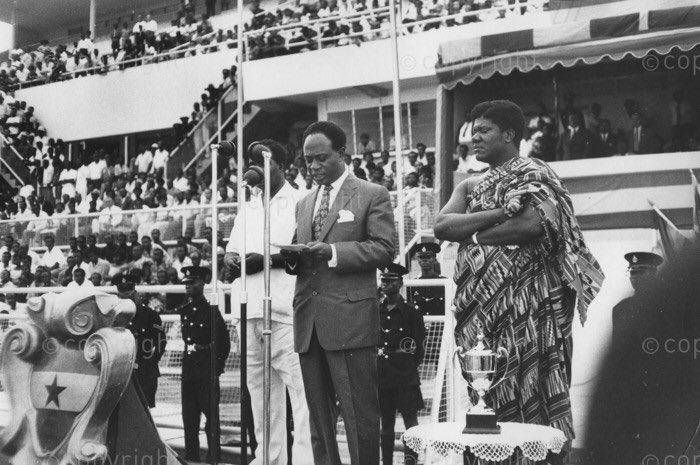 A friend commenting on my campaign to immortalise the name of Ohene Djan said the former astute National Sports Director was power drunk and dictator who deserves no honour. My quick response was democracy has no place in sports.

The maxim is to obey the rules and you need a strong personality to enforce the rules, that’s all. This is what Ohene Djan was and he achieved enormous results in all the sports disciplines Ghana participated.

Like his mentor Osagyefo Dr Nkrumah, he wielded almost absolute powers and he boldly led from the front.

An old politician who has seen it all said in those days human rights and its twin brother democracy were mere toddlers. Those in authority used power thoroughlly and one popular minister of state boldly proclaimed the only thing the powers that be could not do was to turn a man into a woman. Of course LBTGQI+ was unheard of at the time.

It was such wide powers on display that in 1958 students of Abuakwa State College woke up one morning to hear ugly noises from town (apologies to Kweku Baako) amidst gun shots and wailing around the chief’s Palace. A contingent of armed police in fleet of vans had stormed the palace to destool the Okyehene Nana Ofori Atta !!.it was a quick operation.The chief was destooled, left his sandals behind and told to observe 60 miles radius off Kyebi. He lived in Accra with his brother Dr J.B Danquah. I was in form three at the time aged 17.

Sorry for the digression but I told this story to show it was no accident Ohene Djan made maximum use of the powers given him to develop sports in Ghana.
Even though he appeared capricious at times, on balance, his positives outweighed his faults and he deserves national recognition.

I must admit he actually went ovetboard the way he punished Asante Kotoko for challenging his decision to form Republikans forcefully taking two top players from each of the existing top division clubs. Ace winger Baba Yara and Dogo Moro were recruited from Kotoko and the incensed Potcupine Warriors raised hell threatening to quit the league if Ohene Djan did not change his mind.

The powerful Ohene Djan called the bluff of Kotoko and quickly assembled some players to form Kumasi United to replace Kotoko in the upcoming 1961 league.
Confusion galore in Ashanti as football fans could not fathom a national league without Kotoko. Ohene Djan insisted it was a privilege not a right to play in the league.

Big commotion in Ashanti as the top politicians led by CPP stalwart Krobo Edusei got down to work. After tough bargaining, Ohene Djan agreed to bring Kotoko into the league. But for challenging his authority in the first place, Kotoko were punished to play all their first round home matches at Nkawkaw in 1961-1962 season as their adopted home.They returned to Kumasi in the second round.

Sekondi Hasaacas also suffered a similar fate when they threatened to quit the 1962-1963 league that was in progress.The Giants of the West cried foul when a disciplinary decision the club took by suspending their ace playmaker Liberian born Modibo Toe was annulled by Ohene Djan and the player transferred to Republikans, an action Ohene Djan said was in the national interest.

Hasaacas naturally reacted wildly and threatened to quit the league if Ohene Djan stuck to his decision.

As if on cue, Ohene Djan quickly sacked Hasaacas from the league and replaced them with second division Sekondi Independence. In a move that qualified to enter the Guinness book of records, Independence took the position of Hasaacas on the league table and continued the league till the end.

One newspaper report had this catchy headline.MODIBO TOE TOWS HASAACAS FROM THE LEAGUE. It took Hasaacas four more seasons before regaining their top division status. Incidentally, Sekondi Independence team belonged to Ambrose Yankey who was special assistant to President Nkrumah.

All this trip down memory lane is to show that Ghana football and for that matter sports in general has come a long way.
In sum, Ohene Djan played his cards well and danced gratefully to the tunes played during his tenure. He might have stepped on some toes and a bit capricious in using authority but he actually made his presence felt.

As they say, he was large and in charge and deserves to be immortalised in the history of Ghana sports.