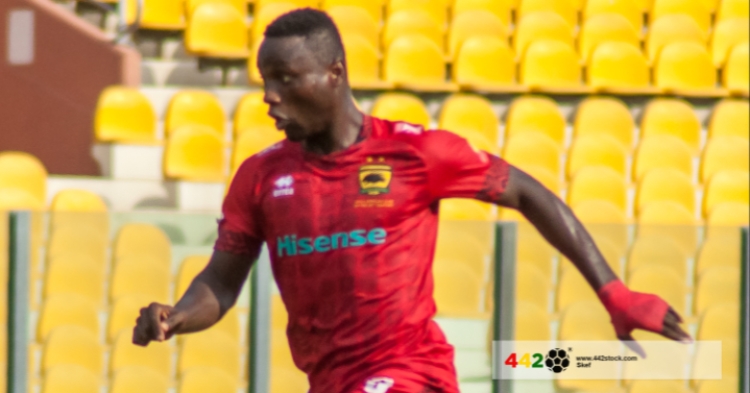 Asante Kotoko midfielder Mudasiru Salifu remains doubtful for their next league game against Bechem United after he sustained an ankle injury in their match day one fixture against Dreams FC at the Accra Sports Stadium on Saturday.

Salifu commenced his season’s campaign with a goal which aided them to cancel out Abdul Fatawu Issahaku’s opener for Dreams.

The injury exempted the 24-year-old midfielder from Asante Kotoko’s recovery training after match-day one win.

Salifu is expected to commence training on either Wednesday or Thursday ahead of Bechem United game at the renovated Baba Yara Sports Stadium.