Barcelona will play outside Nou Camp for up to a season to rebuild stadium to 110,000 capacity 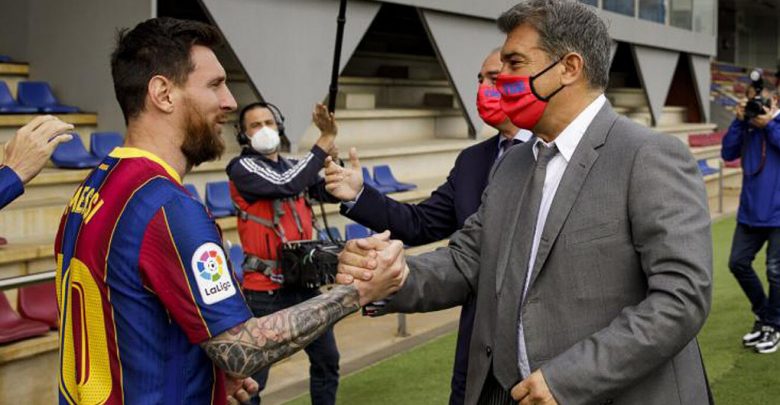 Lionel Messi has given an interview in which he discussed his exit from Barcelona and the suggestion that he could have stayed at the Camp Nou had he decided to play for free.

Joan Laporta even joked last month about hoping that Messi would make such an offer, but the player has stated that the president – who he hasn’t spoken to since – never directly asked him to do that.

“I did all I could to stay,” Messi insisted in an interview with Sport.

“At no point was I asked to play for free. I was asked to reduce my salary 50 percent and I agreed to that without any problems. We were willing to help the club.

“My wish and my family’s wish was to stay in Barcelona.

“Nobody asked me to play for free, but, at the same time, I think what the president said was inappropriate.

“That hurt me because I don’t think he needed to say that.

“That creates speculation or makes people think things that I don’t think I deserve.”

Messi also spoke about his first months at PSG and discussed his motivation for moving to the Parc des Princes once it became clear he couldn’t stay at Barcelona.

“When I decided to come to PSG, one of the reasons was their great squad and desire to keep growing as a club and to win a Champions League,” he said.

“It’s different here in Paris, compared to Castelldefels, where we were used to living there and had everything we needed close by.

“Now, I can’t collect the kids from school and go to training, because of time constraints. It’s not so close anymore.

“I don’t think you can compare [the MNM to MSN], as there are different players.

“Luis Suarez is a different type of No.9 to Kylian Mbappe, with different characteristics. Luis was more of an old school goalscorer, a pure centre-forward, whereas Kylian is more about participating in the play and being powerful to destroy you when he finds open spaces.

“With Neymar, I’ve had a good relationship with him for some time and we kept in touch even when we no longer played together.

“With Kylian, it was odd at first because we didn’t know who was coming or going. Now we’re getting to know each other more, both on and off the pitch, and we get on spectacularly well.

Looking ahead, the subject of retirement was even brought up.

“After what has happened, I try to live day by day,” the Argentine said.

“I don’t know what will happen after the next World Cup, but I don’t think about that.”

He’s also not thinking about the Ballon d’Or, which he is the favourite to win.

“Sincerely, I don’t think about it,” he said.

“The biggest prize for me was winning a trophy with my country, after having fought so long and hard for it.

“If I win the Ballon d’Or then it will be extraordinary because it’ll mean I have won another and to win seven would be crazy.