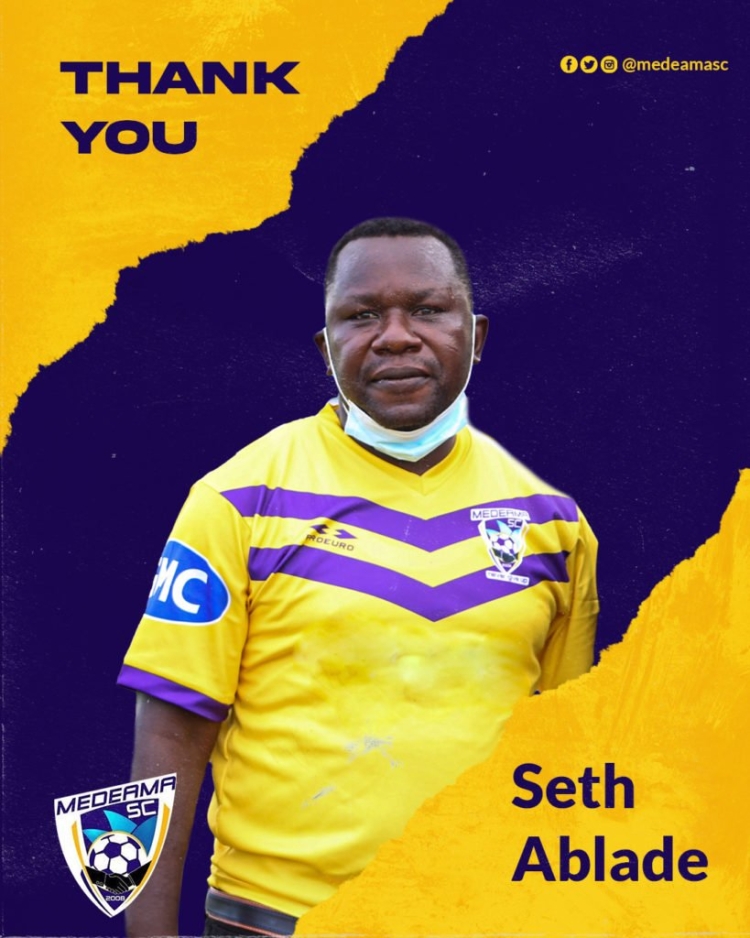 Medeama have sacked technical director Seth Ablade with immediate effect, as part of their restructuring plan for the club.

Ghana Premier League sources indicate that Medeama’s chief executive officer James Essilfie has decided that Ablade should leave his post after a poor show in Bechem that saw the Mauve and Yellow succumbing to a 4-0 defeat, which has ployed the club in serious danger.

The Tarkwa-based club in February this year announced the appointed of the former Ghana Under-17 player on a three-year deal.

The club statement added: “Medeama would like to thank Mr Ablade for his immense contribution and will always be welcome back into our club in future.”

Medeama lost to Bechem United at Fosu Gyeabour Park and the results went against them.