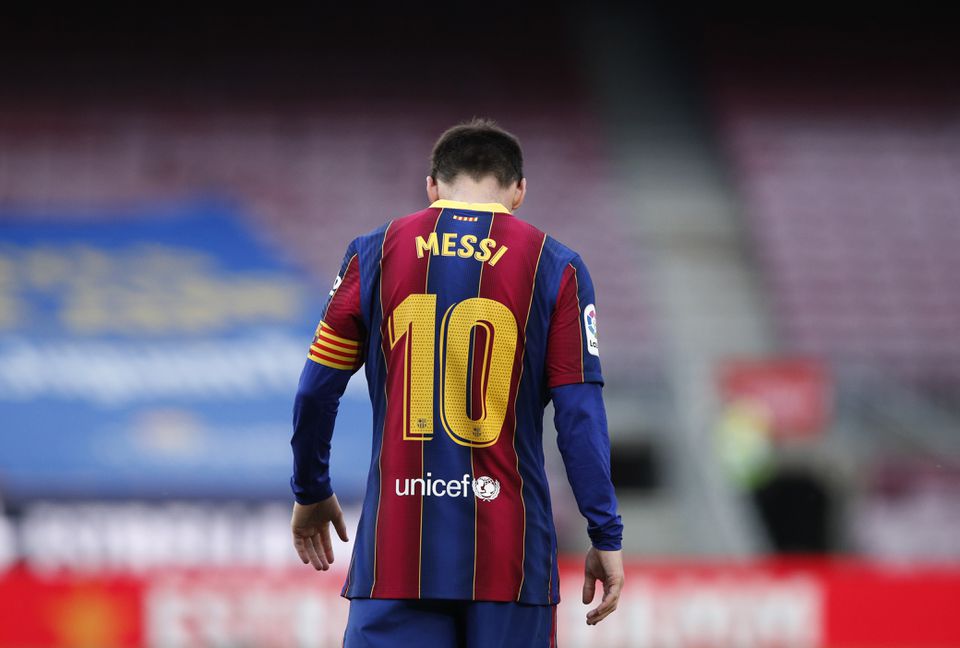 Lionel Messi says he would be keen to return to Barcelona as a sporting director in the future.

Messi, 34, made an emotional exit from the Nou Camp in August after more than 20 years, joining Paris St-Germain.

While he is not thinking about retirement yet, he “would love to be a sporting director at some point”.

He added: “I don’t know if it will be in Barcelona or if it will be something else. If there’s the chance, I would like to go back and contribute.”

In an interview with Spanish newspaper Sport, the six-time Ballon d’Or winner said: “I always said that I would love to be able to help the club.

“If there is a possibility, I would like to contribute again because it’s the club that I love and I would love for it to continue doing well, to continue growing and to continue being one of the best in the world.”

Messi added: “We are going to live in Barcelona again and our life will be there.

“It’s what my wife wants and what I want. I don’t know when my contract with PSG ends but we’ll go back to Barcelona to live.”

Messi scored 672 goals for Barcelona, but departed when his contract expired as mounting debts made it impossible for the club to afford a new deal.

Talk of retirement is not on his agenda, and he refused to rule out playing on beyond the Qatar World Cup next winter, by which time he will be 35.

“After all that has happened to me, I just live day to day, year after year,” he said. “I do not know what is going to happen at the World Cup or after it. I am not thinking about it.”

Messi also dismissed suggestions he refused to play for free, claiming he did everything he could to remain at the club.

“The truth is, as I explained when I left, I did everything possible to stay,” he added.

“Never at any moment did they ask me to play for free. They asked me to reduce my salary by 50% and I did it without any problem.”