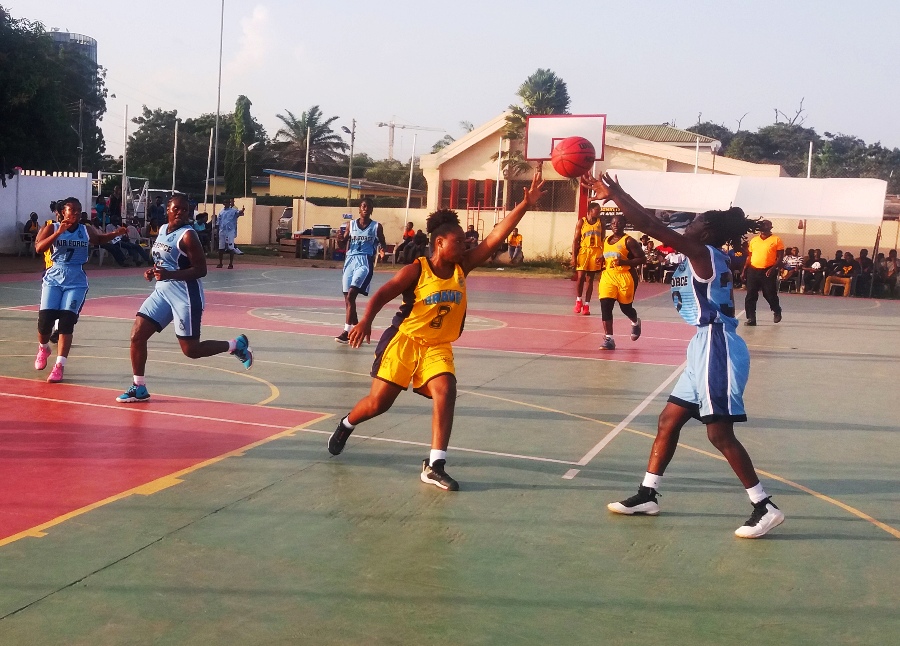 Though Braves of Customs missed out on winning the 2021 Accra Basketball League (ABL) Women’s Division title, it did manage to get a consolation prize by bagging third place in the league with a convincing win.

Braves run over Ghana Air Force to clinch a 73-37 win in a game that rarely went a higher gear in intensity; the contest was played out earlier today at the Prisons Court in Cantonments.

Braves held a 30-18 first half lead. Gloria Gyampoh and Vanessa MaCaire scored in a 5-0 run for Braves. Grace Yinamyah buried a three pointer for Air Force. MaCaire scored a free throw to complete a three point play after getting fouled on the drive.

Gyampoh scored four points In a 6-0 run to close the game. Doe scored the game’s final points. Memuna Mumuni and Yinamyah scored one of two free throws each before Braves scoring run.