Zimbabwe: Boxer dies after collapsing in third round of six-round fight 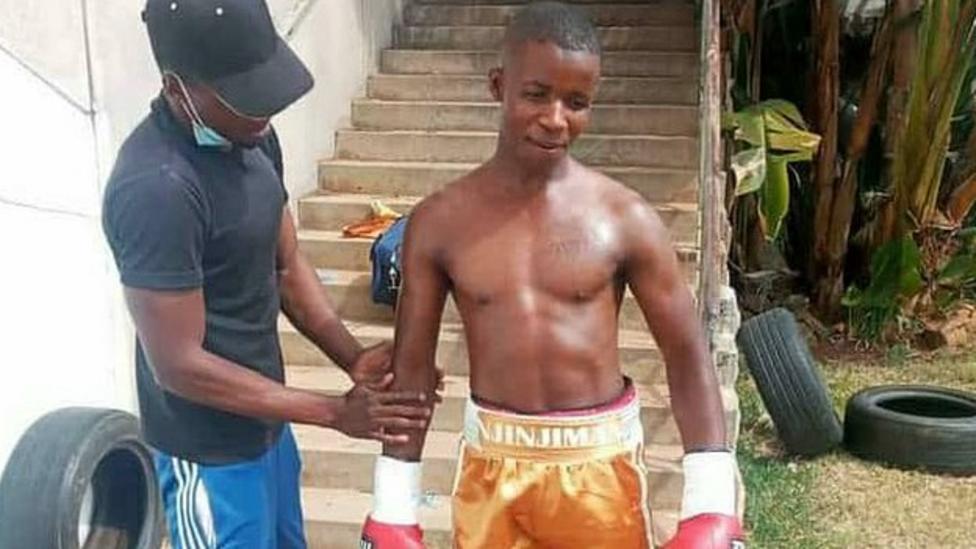 Questions are being asked about safety procedures in Zimbabwean boxing following the death of Taurai Zimunya after he was knocked out in a fight in Harare.

Super bantamweight Zimunya, 24, died on Monday, having collapsed during a professional non-title bout on Saturday.

It is the first time a boxer has died in Zimbabwe from injuries sustained in the ring.

Lawrence Zimbudzana, the general secretary of the Zimbabwe National Boxing and Wrestling Control Board (ZNBWCB), says that plans for an inquiry are yet to be addressed.

“For now we will focus on the burial, and then we will sit down and look at the issues,” Zimbudzana told BBC Sport Africa at Zimunya’s burial on Wednesday.

A statement from the ZNBWCB said that “all the necessary medical procedures were followed and emergency medical assistance was provided at the venue before he was taken to hospital”.

Zimunya took several blows to the head before being knocked out in the third round of a six-round fight.

His former trainer Tatenda Gada was devastated, feeling he had great potential.

“We’ve been robbed of one of our best prospects,” Gada said. “I worked with Taurai for more than four years – I watched him progress and he was one for the future.”

Zimunya’s father, Samson, was an amateur boxer and hoped his son was going to carry the family name and become a champion.

Boxing had only just returned in Zimbabwe after lockdown restrictions were eased.