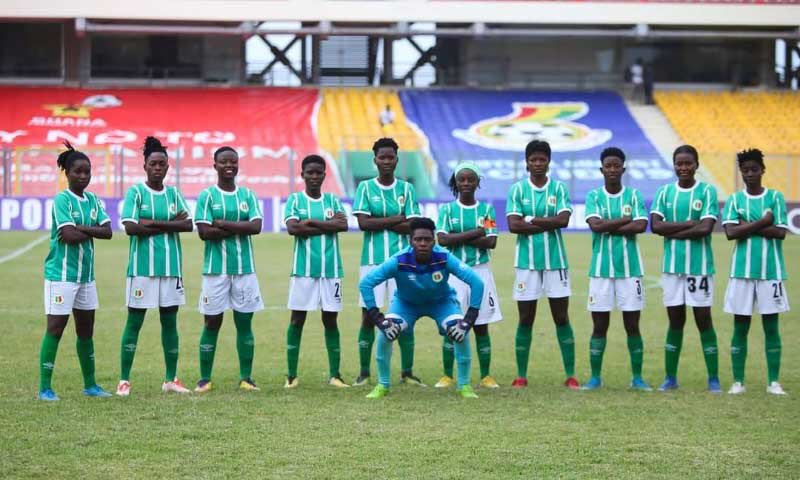 Ghanaian conquerors Hassacas Ladies will be coming up against Malabo Kings at the 30 June Stadium in Cairo, in their opening game of the maiden CAF Women’s Champions League.

The Equatorial Guinean champions will be heading into this epic clash with the mentality of becoming a mainstay in the competition so as the opponents who would want to maintain their perfect run.

The ‘Hasmal Ladies’ have been sensational and consistent having won the treble last season starting with the Women’s topflight and the FA Cup.
Also, they have exhibited an outstanding display to also add West Africa to their conquering territory in Ivory Coast after beating Nigerian heavyweights Rivers Angels in the finals of the zonal qualifiers.
The team despite all these have made some strategic additions to strengthen their team for the huge task ahead with the signing of Asana Yahaya, Blessing Shine Agbomadzi, and Burkina Faso international Fatoumata Tamboura from USFA.
Also, experience goalkeeper Patricia Mantey has also joined the squad giving them a huge in-depth and will have to compete for the number one spot with Grace Banwaa who has been amazing since last season.
TEAM NEWS
Coach Yussif Basigi have all his girls very strong and available to select from excluding red-hot Milot Pokuaa who is likely not to be included in the match-day squad today due to injury.
However, key figures like skipper Janet Egyir, Doris Boaduwaa, Azumah Bugre, Faustina Nyame Aidoo, Comfort Owusu etc are all looking set to battle it out for their first ever continental victory this evening.
KICKOFF
1900GMT (7:00pm)