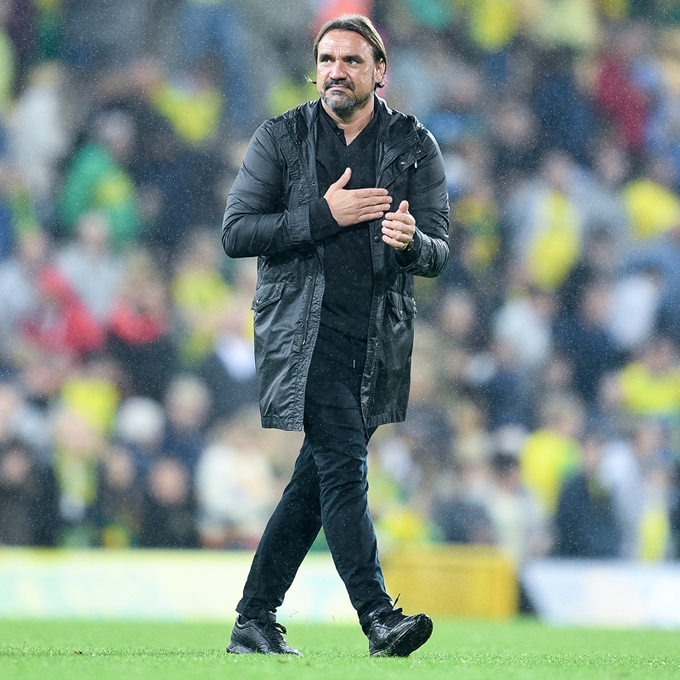 Daniel Farke has been sacked by Norwich just hours after Saturday’s 2-1 win at Brentford.

It was Norwich’s first league victory of the season, after a run of 10 games without a win.

But, with the newly-promoted team bottom of the table and five points from safety after 11 games, the decision has been taken to part company with Farke as Norwich fight for Premier League survival.

Norwich sporting director Stuart Webber explained the move in a statement on the club’s website, saying: “In continuing to demand the very best for our football club, this decision was not an easy one.

“I know how determined Daniel and his staff were to succeed at this level, but we feel that now is the right time for a change to give ourselves the best opportunity of retaining our Premier League status.

“All at Norwich City should be forever grateful to Daniel and his staff for the significant role they have played in our journey. They helped deliver two Championship titles, many memorable moments and they all fully bought into our philosophy and what it means to be part of this football club.”

Farke, who was appointed Norwich head coach in 2017, helped the club earn promotion to the Premier League on two occasions, but has never been able to keep the Canaries in the top tier.

Norwich’s next game is against Southampton at Carrow Road on November 20 after the international break.