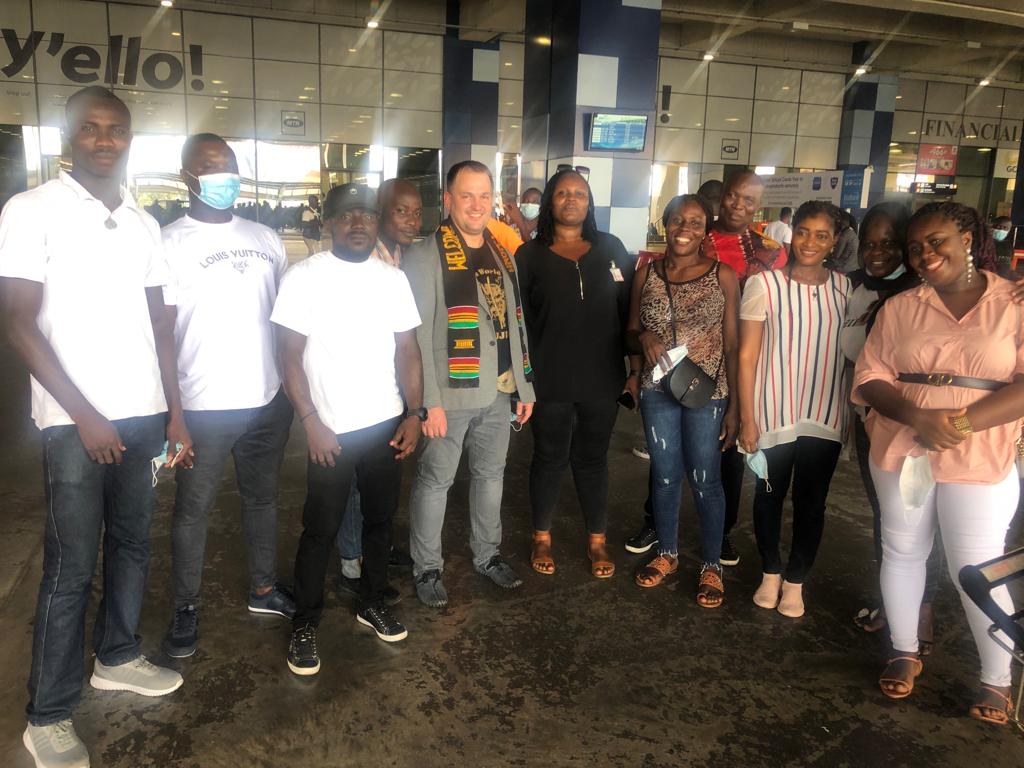 Shypinskyi Vladyslav, President of the International Combat Ju Jutsu Federation (ICJJF) arrived in Accra on Saturday as the quest to develop and promote the sport gains momentum.

Following Ghana’s impressive outing at the recent ju jutsu world championship in Ukraine, the global chief is in the West African country to reaffirm the international body’s commitment to expanding to new frontiers beginning with unveiling Ghana as hosts of the 2022 Africa Open Ju Jutsu championship.

Over 30 countries, including European and Asian will be expected to throng Accra to compete in the tournament which will be officially launched by the ICJJF boss at the Exim Bank in Accra on Tuesday.

Mr. Shypinskyi Vladyslav with some officials of Ju Jutsu Ghana on arrival at the Kotoka International Airport in Accra on Saturday

“We are also delighted with the prospect of hosting the Africa Open. A lot of African countries like Egypt, Nigeria, Congo wanted to host it but because of our performance at the world championship held in Ukraine in August, the President said we have the talents, so he wants us to host the tournament to unearth more talents and produce world champions as well,” he added.