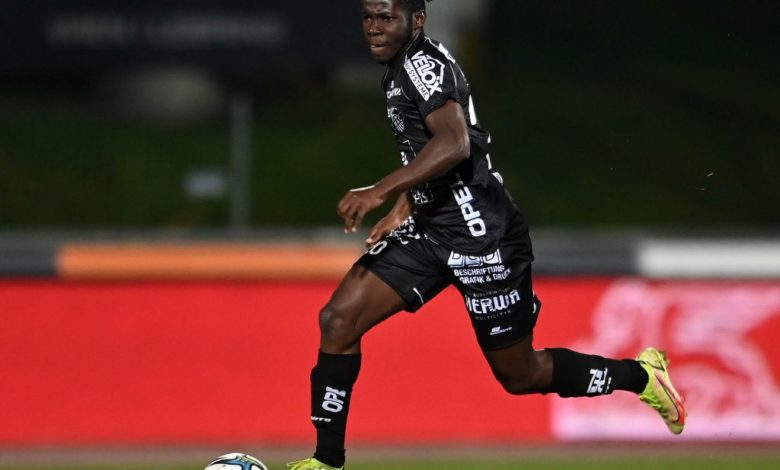 The 21-year old former WAFA midfielder made his first Austrian Bundesliga appearance for the Wolfberg based club, coming on as an 84th minute substitute in their 4-1 home win over Rapid Wien on Sunday.

Boakye was brought on to replace attacker Thorsten Rocher as Wolfsberger held on to their lead to see off their guest.

After the game, the Ghanaian playmaking  sensation took to social media to express his happiness.

“I’m happy to have made my professional #Debut and I thank God for this opportunity,” Augustine Boakye tweeted.

The youngster joined Wolfsberger AC in June this year after an awesome campaign with WAFA in the Ghana Premier League.

The Ghanaian star has since made two appearances in Austrian Cup scoring one goal in the process.