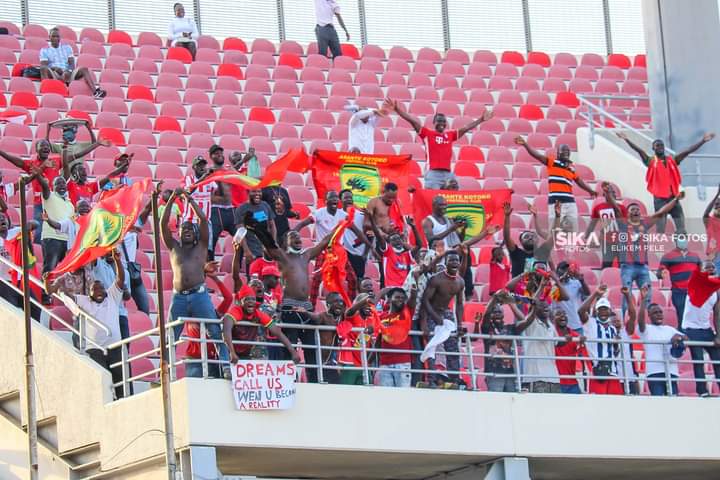 Asante Kotoko SC landed another bumper partner on their return to the Baba Yara stadium after an 18-man exile.

The Kumasi based side spent the last 18 months hustling between the Accra Sports stadium and the Obuasi Len Clay sports but have since made an official return to their favorite Baba Yara in an enticing 2-0 win over Bechem United FC.

With limited access to the Baba Yara stadium because of COVID 19 protocols, the ever creative and innovative supporters wing of the club made their support count from afar in the latest source of funding for the latest.

The supporters wing, in consultation with the managerial wing of the club, launched a program dubbed Virtual Seat Challenge.

This allows committed fans of the club to pay for the vacant seats via dedicated mobile money, an electronic payment mode.

The maiden edition of the program generated in excess of GH¢10,000 just few hours after their clash with Bechem United FC.

Sources have hinted that the said amount will be recurring on every single home match until the full capacity of the stadium is allowed.

It means every home match of Asante Kotoko SC will now have two sourced of revenue, from the gates and then from the ghost seats paid by committed fans.

The official social media handles of Asante Kotoko SC confirmed the said payment ahead of their next home fixture against Techiman Eleven Wonders FC.