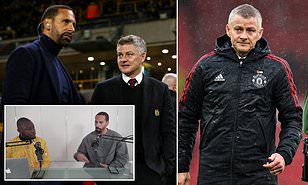 Rio Ferdinand believes that now would be the right time for Ole Gunnar Solskjaer to ‘hand over the baton’ and leave Manchester United.

The Norwegian is under huge pressure following a poor run of form in which they’ve lost four out of their last six games – including a 5-0 thumping by Liverpool and 2-0 defeat to Manchester City – which were both at Old Trafford.

Solskjaer has been unable to deliver a single trophy to the club since he became permanent manager in March 2019 and his side are already nine points off league leaders Chelsea after just 11 games this season.