Hisense Ghana reward Asante Kotoko and legends of the club 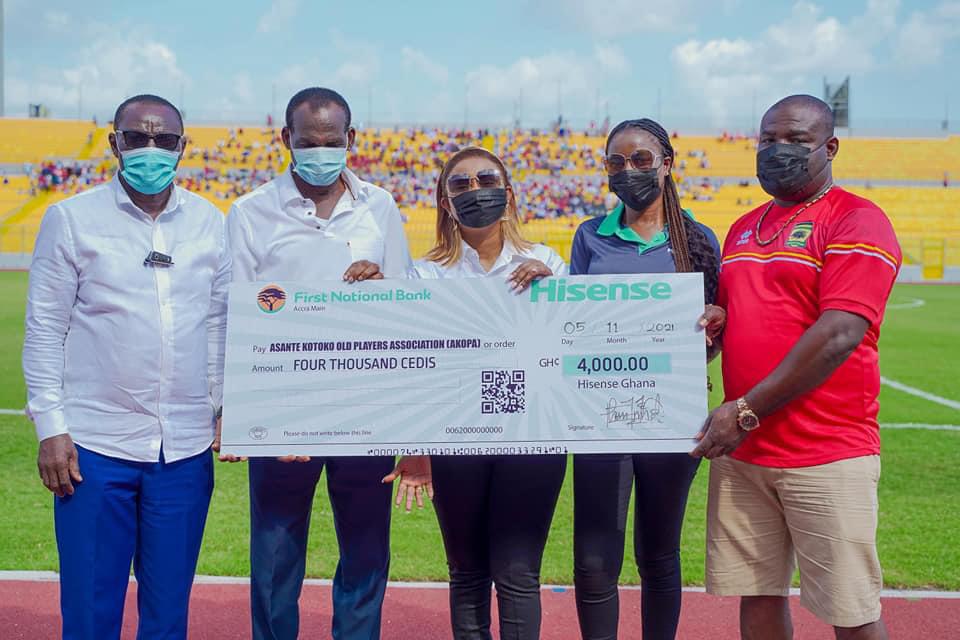 Before the game against Bechem at the Baba Yara Stadium, officials of Hisense and its brand ambassador, Nana Ama McBrown, presented two separate cheques GH¢4,000 each for the playing body and the club’s legends (Old players).

The reward scheme was aimed at whipping up the team’s scoring abilities and recognising the past players for their immense contribution to the club’s development.

“In the event where the team draws, Hisense will reward only the playing body, but they will receive nothing should they suffer loss,” she added.

Kotoko CEO, Nana Yaw Amponsah responding to the gesture, said, “We are grateful to Hisense for always buying into our ideas and innovations to support Kotoko.”

He added, “The legends and players are equally happy and grateful. We urge the fans to patronise Hisense products to enable them to support us more.”

Kotoko currently sits on the league’s summit with six points after two games with wins against Dreams FC and, recently, Bechem United.