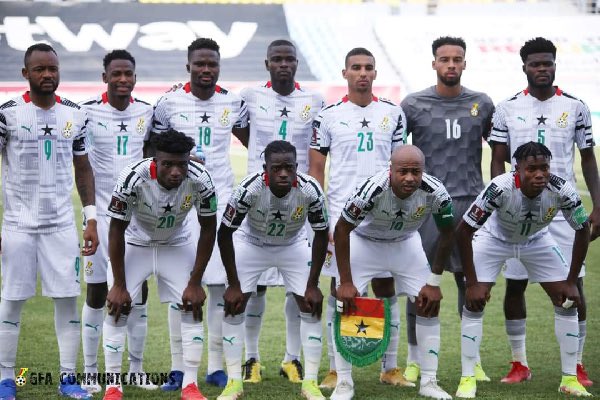 Ghana coach Milovan Rajevac has announced his starting team against Ethiopia in the Group G penultimate game against Ethiopia at the Orlando Sports Stadium in South Africa on Thursday afternoon.

The Black Stars need a win at all cost as that will give them a realistic chance to top the group.

Captain Andre Ayew has returned to the squad after being dropped to the substitute bench in the last game against Zimbabwe in Harare.

Also, striker Richmond Boakye Yiadom who surprisingly had a call up after two years away will lead the attack for Ghana.

Meanwhile, defender Alexander Djiku has been suspended for the game for accumulated yellow cards. In his absence, Celta Vigo defender Joseph Aidoo will fill the void alongside Leicester City star, Daniel Amartey.

Spain based Iddrissu Baba and Ajax playmaker, Mohammed Kudus anchor the midfield with captain Ayew whose brother, Jordan is on the wings, same as Rennes prodigy, Kamaldeen Sulemana.