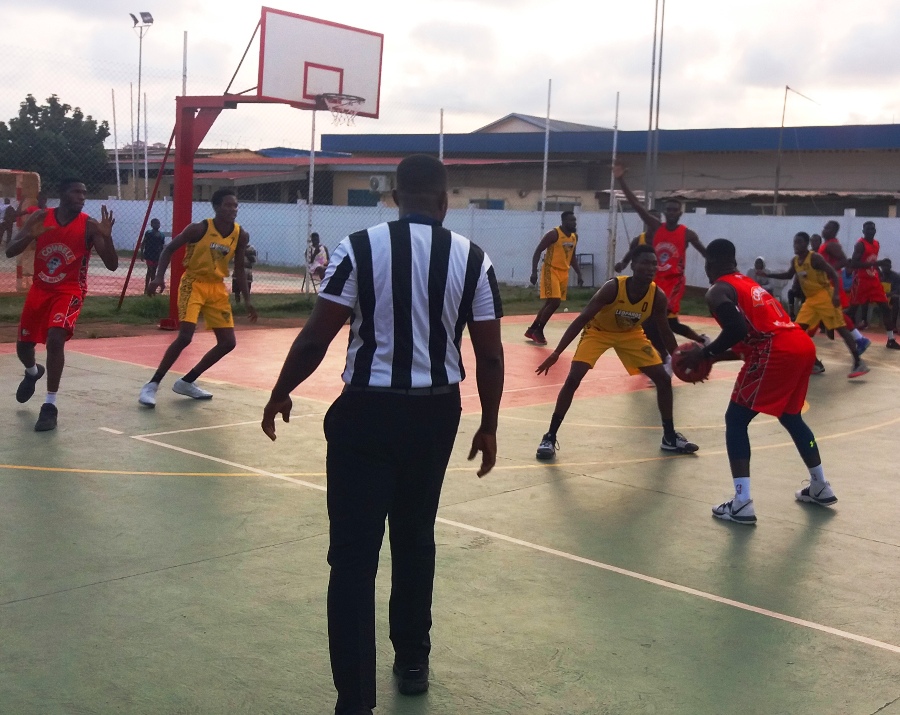 The game was played out earlier today at the Prisons Court in Cantonments but ended in controversy as Ghana Fire Service all but checked out of the game with 10 seconds remaining on the clock due to a disagreement with game officials over a call.

Fire got off to a good start getting points from Emmanuel Ocquaye and David Laryea off a beautiful assist from Gilbert Wood. Michael Ahafia and Leslie Kormedoda got points for Leopards. Jibril Musah scored a corner three pointer and a contested layup to give Fire a 9-5 lead after 5:56 minutes played.

Bright Yeboah scored a jump shot and Ocquaye scored after winning a rebound battle in the paint. Treasure Botchway hit a three pointer to see out the first quarter; Leopards trailed 11-13.

Wood scored a brilliant acrobatic layup after Leopards turned the ball over. Adenta missed free throws down the stretch failing to take advantage of opportunities to take the game’s lead. Fire led 25-23 at half time.

Kormedoda went on a mazy dribble to score and tie the game. Yeboah and Kormedoda traded baskets to keep the game tied at 29. Banini put Adenta up 31-29 but Laryea scored eight straight points including two three pointers.

Samuel Atiapah got a three pointer in a quarter that had Tetteh score a pair of strong drives to the rim. Leopards trailed 44-45 at the end of the quarter.

Fire went on a nine point run with Philip Amralo scoring a three pointer on the back of points from Tetteh and Ocquaye to take a 53-44 lead with 6:24 minutes left. Botchway, Joseph Agger and Ahafia scored to end Leopards run and trim its deficit to three (50-53) with 3:32 minutes remaining.

Adenta chipped away at Fire’s lead and trailed 54-56 with 1:32 minutes remaining. Agger tied the game at 56 and Botchway scored to put Leopards up 58-56 with 26 seconds left.

Controversy ensued with 10 seconds left to play as Fire checked the ball in bounds but refused to engage in the game further allowing Leopards to dribble out the clock to win 58-57.