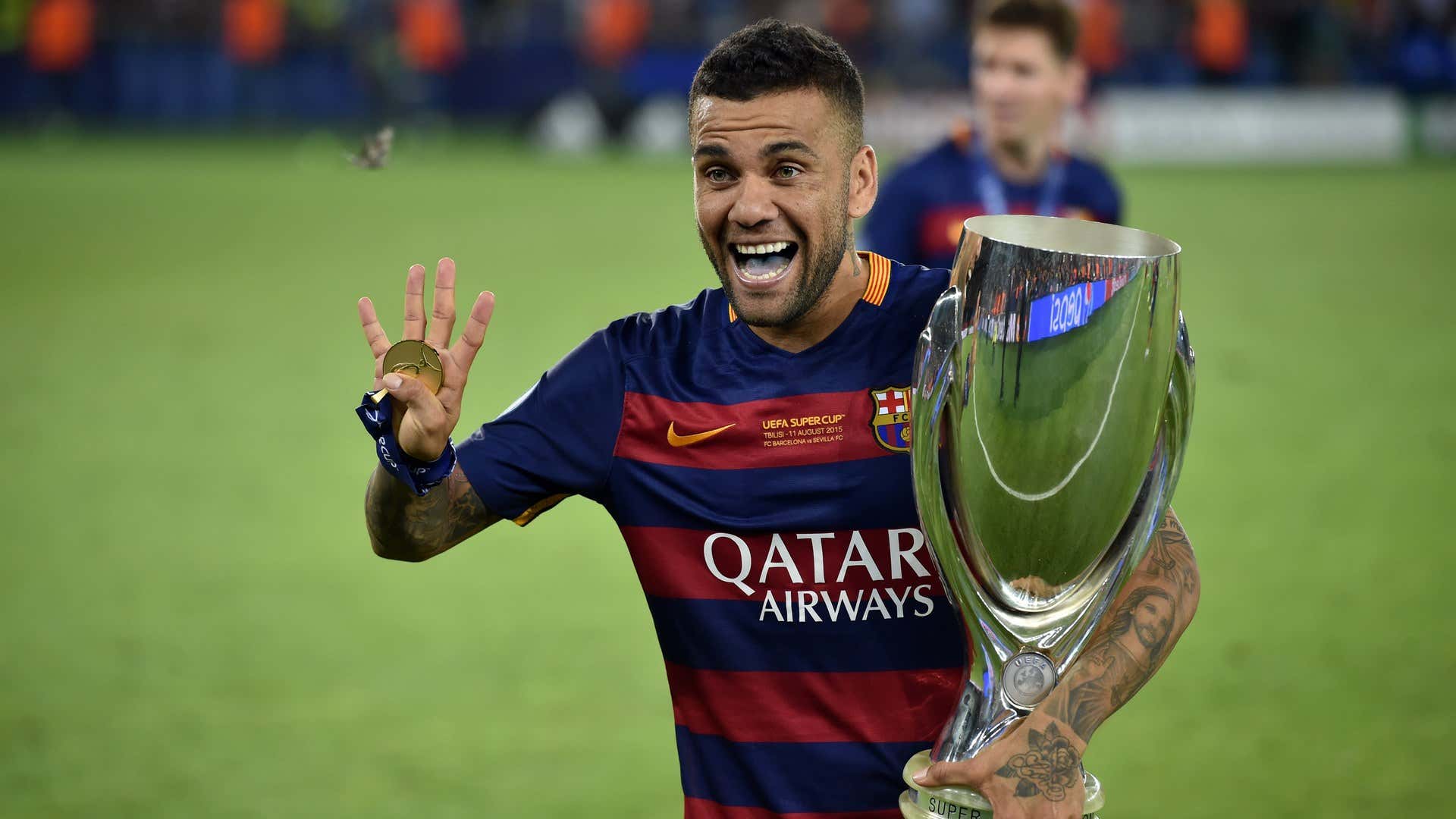 Barcelona have confirmed the return of veteran full-back Dani Alves after performing a U-turn regarding his signing.

Earlier reports indicated that a deal for the veteran defender was close despite it appearing at one stage as though the prospect of bringing the 38-year-old back to the Blaugrana would be passed up.

But new head coach Xavi has pushed the club to bring back his former team-mate and an agreement in principle was announced on Friday.

What has been said?

Barcelona published a statement announcing Alves’ return, which read: “FC Barcelona and Dani Alves have reached an agreement in principle for the player to join the football first team for the remainder of the current season.

“The Brazilian will be joining training from next week but will not be able to play until January.

“The club will announce the full details at his official presentation as a new FC Barcelona player.”

What has Alves said?

Alves left the door open for Barca to make their move when telling Sport in October that he would be willing to listen to offers.

He said: “It would sound very opportunistic to say that Barca need me now. I always said that I left because I saw things were not the way I thought they should be.

“You never want to see everything that [has] ended up happening since I left. I’ve said that when Barca need me and want me, I would be at their disposal regardless of where I am. The affection, love and respect I have for this club is too much.

“If Barca think they need me, they just have to call me. I still think I can contribute anywhere, but more at Barca because of the number of young players that they have now.”

Ronald Koeman was still in charge at that time, with Alves at Camp Nou to watch the Champions League clash with Dynamo Kyiv.

Why are Barcelona doing a deal?

Xavi inherited a squad from Koeman that already includes right-back options such as Sergino Dest and Sergi Roberto.

Barca have however been struggling for consistency and another experienced head alongside Gerard Pique, Jordi Alba and Marc-Andre ter Stegen would not go amiss.

Alves is also a financially sound addition for a club that has racked up some eye-watering debts and is finding it difficult to generate funds for big-money transfers.

The South American has been available as a free agent since severing ties with Sao Paulo in September.

He will need time in which to get up to full speed, but he is already well versed in the demands of life at Camp Nou.

Alves’ previous stint with Barca, between 2008 and 2016, saw him collect 23 trophies and cement a place in club folklore.