Razak Abalora to captain Kotoko for the first time 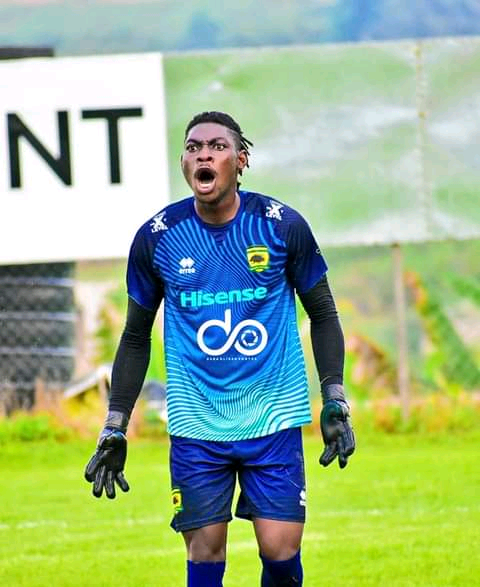 Asante Kotoko trusted goalkeeper, Razak Abalora steps in as the captain of the club for the first time since his appointment as the first deputy captain of Kotoko in their next Ghana Premier League fixture against Bibiani Goldstars.

Abalora joined Kotoko last season and worked hard to take over as the number choice, eventually also taking over briefly as the number one in the Black Stars, keeping posts in some crucial matches.

Razak during the pre-season was named by new Kotoko coach, Prosper Ogum Nartey as the first deputy skipper to Ismael Abdul-Ganiyu after the departure of Felix Annan and Emmanuel Gyamfi. Salifu Mudasiru is the second deputy skipper and earlier on last season had deputized in some matches.

With two matches gone in the match after the new arrangements, skipper Ishmael Abdul-Ganiyu has been in top form and lasted all matches, even scoring in the last match against Bechem Utd. The player left for the national team camp the next day and indeed traveled with the Black Stars to South Africa where they play Ethiopia in a World Cup Qualifier.

The gap left at the Kotoko central defence is expected to be filled by Maxwell Agyemang in the match against Bibiani Gold Stars but the Captain’s armband is going straight to Abalora .

That will be the first time Abalora will go to his official duties with the captain’s band this season and apart from acting as a leader in the team, he is expected to stand in for Kotoko and toss the coin, direct his players on the field with the instructions of Ogum and most importantly, keep his goalposts locked.

Keeping a clean sheet is something that excites Razak Abalora and Dun’s Park will give him another opportunity to exhibit his prowess.