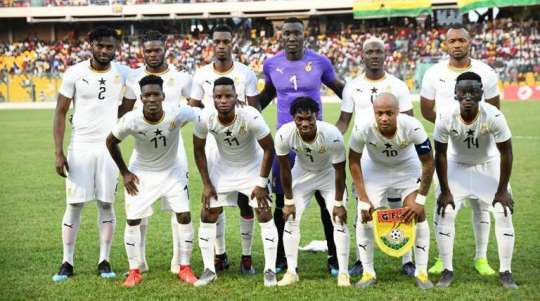 Ghana’s Black Stars will be able to qualify out of Group G ahead of South Africa if they are able to beat the Bafana Bafana by any margin at all on Sunday at the Cape Coast Stadium.

Ghana shared the spoils in a 1-1 drawn game at the Orlando Stadium in South Africa while the Bafana Bafana defeated whipping boys Zimbabwe 1-0 on home soil hours after Ghana’s game which was played at 13:00 GMT.

Following the outcome of matchday 5 games, most Ghanaians have been left confused as to whether the Black Stars can still qualify out of the group to the next phase of the qualifiers or not.

The simple answer is that the Black Stars, with any win at all against the Bafana Bafana on Sunday, will progress to the next stage of the qualifiers.

Per the qualification criteria, these are the dynamics of tiebreaking.

In league format, the ranking of teams in each group is based on the following criteria (regulations Articles 20.4 and 20.6)