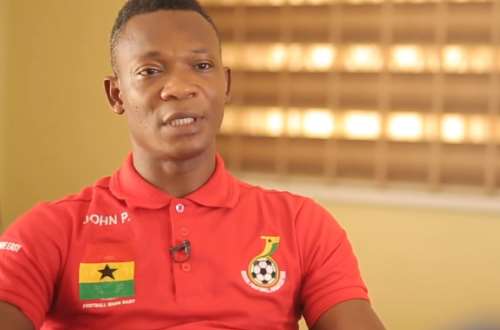 Former Kaizer Chiefs assistant coach and Ghana defender John Paintsil has warned the Black Stars that they will face a sterner test when they play South Africa in their crunch tie on Sunday.

Thursday was an eventful day in the race for the top spot in Group G as Bafana Bafana saw off Zimbabwe with a 1-0 victory, while Ghana let the opportunity to temporarily move to the summit of the log slip after they succumbed to a 1-1 draw with Ethiopia.

Scroll through the gallery below to see some of the action from Bafana’s win over Zimbabwe.

These results saw Hugo Broos’ South Africa take a three-point lead in the standings, and they now need only a draw on Sunday to secure a spot in the 2022 FIFA World Cup qualifying play-offs.

Speaking as a pundit on GTV Sports Plus while Ghana took on the Ethiopians on Thursday, Paintsil sent a strong message to his nation about their next opponents.

“The South Africans are more dangerous than the Ethiopians,” the 40-year-old said.

“We should have learned from what we experienced when we played them (Ethiopia) in Ghana; that they are a passing ball team who also want to play the ball on the grass.

“But they’ve (Ghana) given it to them.

If Milovan Rajevac’s team win Sunday’s match with a scoreline of 1-0, they will be level on points and equal on goal difference with South Africa, but would progress as a result of scoring seven goals compared to Bafana’s six.