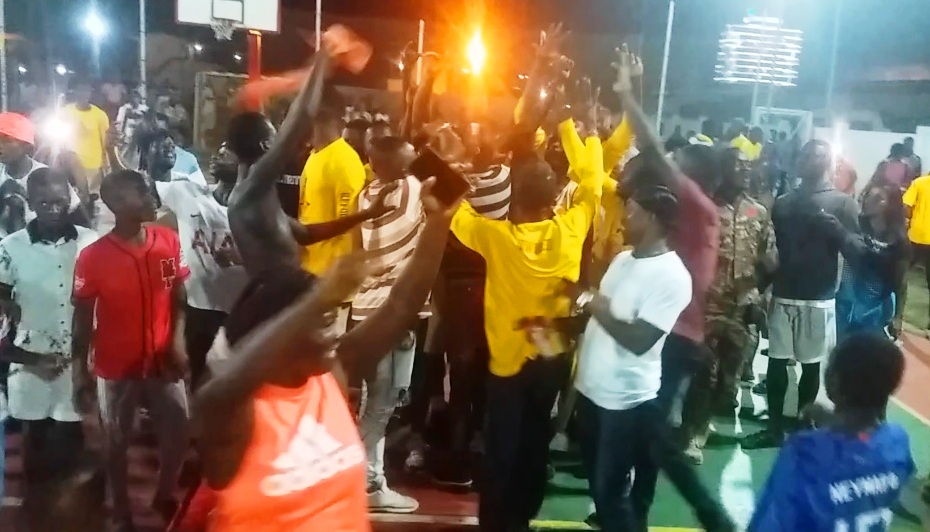 Reformers of Prisons have won the 2021 Accra Basketball League (ABL) Men’s Division I Title by sweeping Braves of Customs in the best of three games series in the Playoff Final earlier today at the Prisons Court in Cantonments.

Prisons won Game 2 via a 61-55 result in a hard fought game riddled with several stoppages as league officials and game officials to calm tempestuous in game situations down.

This is Reformers first ever league title win and it comes at the expense of perennial league winner Braves who were out of sync in both losses.

After Game One’s loss, Braves was on the hunt for a comeback to turn the series around just as it did in 2019 against Adenta Leopards.

Prisons Guard James Amotoe and Prisons Head Coach Prosper Agbleta were given kingly rides by the partisan crowd that thronged the court at the buzzer. Amotoe produced a Finals Most Valuable Player Award winning performance.

With Reformers leading 12-7 after just 2:54 minutes played, the game was stopped for 20 minutes as Braves players and its technical team protested vehemently over a series of technical fouls called on the team.

Aryee and Nii Kwatey scored for Braves after the restart. Prisons got back in on the scoring act as Mubarak Alhassan scored two free throws and Kingsley Whyte scoring easy layups; Amotoe assisted on a converted shot from Whyte.

Hashim Brimah’s shot got sandwiched by a strong run from Prisons that had Gabriel Ashaley, Prince Sampson, Abraham Allotey and Alhassan scoring points. Prisons led 30-21 with four minutes remaining. Samuel Abbey got points for Braves to close out the first quarter with his team trailing 26-30.

Alhassan, Amotoe and Adjei scored for Prisons while Aryee got points for Braves in the early exchanges of the second quarter. Alhassan Mutaleeb buried two three pointers to tie the game at 42 with 1:47 minutes remaining.

Ibrahim Babuso returned the favour with a three pointer and added two free throws after a technical foul was called on Baniba Dodzie. Adjei scored to end the third quarter with Reformers leading 49-42.